Welcome To My Mother ‘Hood

That worked out pretty well for me for about two and half years: I was a bad mother, and I blogged about it. Then I got pregnant again. With – you guessed it – another baby. Another baby who was not necessarily going to be a her. At which point, I asked myself – actually, a whole lot of people asked me – would I still think of myself as Her Bad Mother after my second child was born? Shouldn’t I call myself Their Bad Mother? And I kinda thought, well, no: Her Bad Mother isn’t just about me as a mother. It’s about me as a mother and as a writer and as a former academic and as a feminist and as an activist and as a pop-culture aficionado. It’s about a whole lot of things, only one of which is the experience of motherhood. Her Bad Mother, I realized, had taken on a life and identity of its own, beyond the mommy-blog. It wasn’t bound by the circumstances of my motherhood – I would be Her Bad Mother even if I suddenly became good – and it certainly wasn’t bound, descriptively by the number of children that I had.

But still: something was changing, something that Her Bad Mother couldn’t quite capture. My identity as a mother was changing, as was my identity as a writer. I was writing about more than just motherhood – to the extent that I recoiled, sometimes, at being called a mommy blogger – but at the same time I was feeling compelled to write more just about motherhood. And there was still that whole issue about another baby coming along. I dithered for, like, a year. Start a new blog? Expand the old one? Change the name?

Then this opportunity presented itself – to expand my blogging horizons and carve out a new space for myself as a parent blogger – an unabashed mommy blogger, even. To create a new blog as an extension and expansion of the old one. To become, in a new space, Their Bad Mother, and to write about that – the minuteia and mundanities and exaltations of being a confused and complicated and sometimes competent mother of two – while preserving my other, writerly, Her Bad Motherly identity and all the stories that attach themselves thereon.

So, welcome! I’m looking forward to this journey, and to sharing it with you. 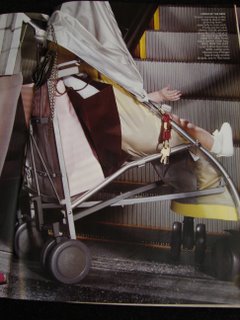