A Prayer Before Dying

I think about petitionary and intercessory prayer a lot, mostly because most references to prayer in news and popular media are references to intercessory prayer, prayer that makes a request to one’s god to intercede in whatever circumstances are prompting the prayer. Pray for a cure for cancer. Pray that a lost child will be found. Pray that the Red Wings will win. All of which – with the possible exception of the third – are noble causes for which to pray. But as I said last week, I don’t believe in intercessory prayer, because I don’t believe in a God who intercedes. Why should God help us find a cure for cancer, and not for muscular dystrophy? Find one lost child, and not another? Help the Red Wings win while leaving children dying in sub-Saharan Africa? If God is a god who lets bad things happen, the only way that I can understand that is if the point of letting bad things happen is to compel us to cope with pain and heartbreak and evil ourselves, alone, to better understand those things. And that idea of a didactic God doesn’t square with a picture of God as a moody patriarch who dispenses favors to his children on the basis of who supplicates most fervently.

My nephew – my sister’s child – is dying. He has Duchenne’s Muscular Dystrophy, which is a condition in which the muscles – including the heart and lungs – gradually disintegrate. It almost exclusively affects boys. It always kills, usually before the child’s late teens. There is no cure. So it’s tempting for me to spend every night praying for God to intercede, to reveal a cure or to provide a miracle that will allow Tanner to live. But why should He? Why cure muscular dystrophy, and not, say, childhood leukemia? Why save Tanner, and not any number of other terminally ill children? If we expect God to intercede to make the world a better place, why not expect him to cure all illness and stop all wars and save everybody?

Because it doesn’t work that way. And because it doesn’t work that way, it also doesn’t work to expect that he’d make exceptions for special cases. As much as I believe that Tanner’s is the most special case in the world, his life more important than that of any other child’s, that’s simply not true. There are billions of lives in this world; his is just a drop in that ocean. And even if I believe that every drop is precious to God – that’s another topic for another day – it defies understanding to appeal for intercession. If every drop is precious, no individual drop is more special than any other, and no more deserving of intercession than any other. Stalemate.

So I don’t pray to God for intercession for Tanner. The thread of Tanner’s destiny will unfurl according to whatever plan or whatever fate or whatever force controls or does not control these things. But whatever that fate/force/plan is, it is not subject to or moveable by my appeals. So I pray for peace and strength for myself, and hope that my sister does the same.

And then, sometimes, I cry and rage against the unfairness of it all, but that is my burden to bear. It is not God’s – whatever, whoever, wherever He/She is – to lift. It is my own. 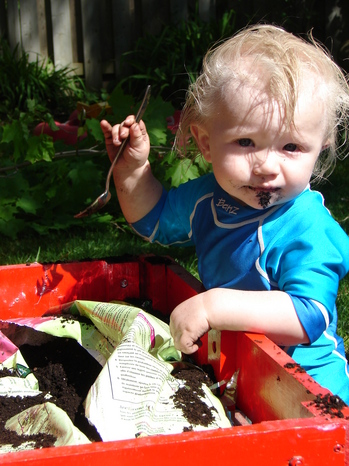 If You're Looking For Something Exciting To Do On Memorial Day...
archives most recent
More from Beliefnet and our partners
previous posts