It is not uncommon to enter into a relationship with someone who seems like Mr. or Mrs. Right during the dating phase only to find out they have an addiction problem once you are married or living together as partners. Unfortunately, many addicts are experts at hiding their addictive behaviors. Addictions to pornography, sex, shopping, gambling, and work are much easier to hide from dating partners than addictions to alcohol or drugs.

Interestingly, a 2017 study on the combination of smartphone use, addictions and narcissism found that of 256 smartphone users, 13.3% self-reported as addicted to their device, and they had a higher narcissism score than those participating in the study without an addiction. Similar results were also found in a September 2017 article in the Journal of Behavioral Addictions titled, “An Investigation into Problematic Smartphone Use: The Role of Narcissism, Anxiety and Personality Factors.” In this study, 640 smartphone users were asked to respond to a modified survey using the criteria based on the DSM-5 Internet Gaming Disorder, with the same link between addition and narcissism reported.

In traditional types of addiction recovery programs, it is not unusual to find people that meet the criteria for Narcissistic Personality Disorder NPD, even though they may never have been diagnosed.

While this may seem confusing as narcissists seem to be in full control, the risk of addiction is based on the underlying factors of narcissism. What appears to be arrogance, superiority, self-control and focus on self is really a sign of deep, underlying insecurity. Narcissists are very emotionally fragile and can have extreme reactions to any type of negative criticism. They have to continually be seen at the center of attention and to deny that anyone is equal or better.

This internal stress creates an increased risk for the development of an addiction. Many of the people I work with as a recovery coach and psychotherapist are struggling to understand the behaviors of their partners. As a general list, your partner may be both addicted and be a narcissist if:

The rate of drug and alcohol addiction and narcissism is significant. According to a 2009 article in the Journal of Clinical Psychiatry, the rates of drug addiction and alcoholism with NPD are 21.7% and 9.3% respectively, which is over 3% of the general population. While the two are not always linked, they are often related.

She helps singles navigate the dating process to find the love of their lives. Take her quiz to find out if you’re a love addict, sign up for a 30-minute strategy session, or learn more about how to get over a break up. Sherry maintains a private practice in Westlake Village, and is a sought after online dating and relationship coach. Buy her book here.For more information visit www.sherrygaba.com of sign up today for Sherry’s online group coaching program for $19/month. Buy her book The Marriage and Relationship Junkie. 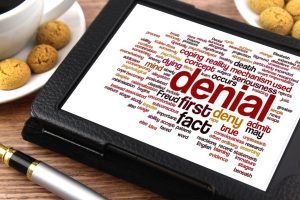 How to Defeat Love Addiction Withdrawal

As infants we become attached to our primary caretaker. We call it bonding. As we begin to form our own identity, we begin to detach. We call this individuation. If we do not do this, then we never grow up and become our own person—the individual we were meant to be. We end up with […]