What Drives Celebrities To Be Reality Stars? 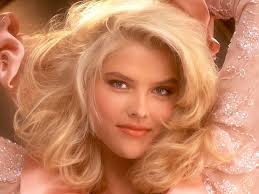 Reality television shows have had a profound influence on our culture, and not always in a good way. In fact, there are very few examples of people that have been considered “stars” on reality shows that have gone on to pursue successful careers in the entertainment industry, or in any type of career.

The desire to be on television, even if shown in a negative light, still drives many people to want to become celebrities, even if it is just for a season or a few episodes. Shows like Survivor, Fear Factor and even the  entire Housewives of (fill in the blank with a city name) series has shown people in a bad light, had them do things they would never do and actual engage in very atypical behaviors.

So why do people like Paris Hilton, the Kardashians, Donald Trump and even professional athletes want to be on television if they become fodder for conversation, negative insults and even disrespect? It may not be as hard for the average person to understand why families that are not rich or famous line up to try to get their 15 minutes of fame, but why on earth would a current celebrity and ultra-rich person put themselves out there?

The reason, in the vast majority of current celebrity based reality shows, is definitely not the money. These people, already worth millions, get paid by the season or episode, but most make considerable less than a quarter of a million dollars per season. This salary includes having their personal lives invaded, putting their most intimate life details online, and making them a laughing stock for the entire world to see.

Many celebrities turn to reality shows when their own personal careers or public awareness factor is on the decline. So, do they do this to boost their public image and status, or just to stay relevant for a bit longer? The fact is that these people may be truly addicted to public adoration and attention, even if it is negative. This is a sad reality for many celebrities that don’t have a specific talent or gift that allowed them to reach the level of celebrity status the obviously crave and desire.

Sherry Gaba LCSW, Psychotherapist, Life, Love & Recovery Coach is featured  Celebrity    Rehab   on  VH1. Sherry is the author  of “The Law of Sobriety” which uses   the    law  of  attraction to  recover from any  addiction.    Please   download your free E book  “Filling The Empty   Heart”  and  your “Are You   a  Love Addict Quiz?” at www.sherrygaba.com Contact Sherry  for     webinars,  teleseminars,  coaching  packages and speaking   engagements.  Take  Sherry’s quiz for a free eBook  Filling  the    Empty  Heart: 5 Keys to   Transforming  Love   Addiction.

Fame, Mania And Depression: The Hidden Link
archives most recent
More from Beliefnet and our partners
previous posts