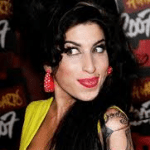 I don’t know if I was just not watching the right
channels yesterday but it appears that there was very little news on the
airwaves about the results of Amy Winehouse’s toxicology reports on how she
might have died.  It appeared weeks ago
when she died, you couldn’t turn on a channel without hearing about her sudden
death.  If you read todays blogs, there
are many blogs sharing the news that there were no illegal drugs in her system,
however, toxicology tests did show “alcohol was present” in her body but it
hasn’t yet been determined if it contributed to her death.  An inquest is due out in October to determine
what ultimately caused Amy’s sudden death.

I find it interesting that the news channels could not
get enough information out there about her sudden death last month, but did not
seem to find it important enough to share yesterday’s news.  I think it is very important that they didn’t
find illegal drugs in her body being that she had a history of drug
addiction.   Now, of course, what about prescription drugs?
Did she mix prescription drugs with alcohol?
There were also reports in the past she struggled with bulimia, an
eating disorder, so did her frail body combined with alcohol have something to
do with her death?  We won’t know, and
these are all speculations, but what we do know is the news had a field day
talking about the death but somehow didn’t find it as news worthy to share yesterday’s
findings.

As someone who works in addiction, I believe the report
was newsworthy because it gives the public a perfect opportunity to be educated
that anything goes when it comes to the dangers of alcohol regardless of
whether or not there were illegal drugs in her system.  Did she mix prescription drugs with
alcohol?  Did she withdraw from alcohol

suddenly?  Did she drink too much alcohol
causing alcohol poisoning? or Did she go on the new “alcohol diet” that so many
young people are participating in these days who have eating disorders?   Again we don’t know if any of these things
are the cause of her death but they certainly are possibilities.  Anytime, a celebrity dies suddenly of a
possible drug related death, the news is on it.
Why doesn’t the news spend more time educating the public of all the
dangers of alcohol and drug use and the different scenarios that are possible
that can lead to death?  Illegal drugs in
Amy Winehouse’s body were not found, but alcohol was, and anytime alcohol plays
the part of a young person’s demise, we need to talk about it
read next post 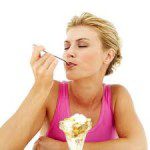 Comfort Food vs. Food Addiction
archives most recent
More from Beliefnet and our partners
previous posts