First of all, Casey Abrams was in the hospital for tonight’s elimination taping.  Turns out Casey has an issue with internal bleeding that is often set off by stress.  I do hope that he feels better, and that his condition doesn’t keep him out of too much of the competition.  This may have been a blessing in disguise though, as it meant that Casey didn’t have to sing in the embarrassingly cheesy Michael Jackson medley that opened the show.  He wasn’t spared from the awful Ford commercial though.  Seriously though, get better soon Casey!

In the most obvious cross promotion ever the Idol cast got to attend the premiere for the strange movie version of Little Red Riding Hood.  Let’s just keep a running tally – thus far we are supposed to buy Michael Jackson records, purchase Ford vehicles, and go see a movie about a girl and wolf.  Looks like we are all out of about 20 grand already and the show has only just started.

Adam Lambert was the first performer of the night, giving a acoustic version of his newest single “Aftermath.”  Adam still sounds great and will always have one of my favorite Idol voices, but I was really excited to see the overly theatric performances that really got him noticed.  Instead we got a stale acoustic version of what could easily be one of Chris Daughtry or David Cook’s singles.  I understand wanting to strip a song down to captures its message, but when the message is just a series of cliches what’s the point?  My wife liked his hair.

The second performer of the evening was Sean Puffy Combs, I mean Puff Daddy, I mean Diddy, I mean J-Lo’s ex-boyfriend, or is it… Diddy Dirty Money?  I guess that’s right, but he has more names than John Mellencamp.  He performed his latest hit “I’m Coming Home” with Skylar Green.  While Puffy, I mean Diddy, has been in and out of the spotlight, it is easy to see why he keeps coming back.  His songs are catchy and teen friendly, and the backdrop of his performance was really intriguing.  Maybe he stole all of Adam Lambert’s props?

They began announcing the bottom three early on, and the first to enter was Karen Rodriguez.  A little later Ashthon and Haley joined her in the bottom three.  Lauren must have a lot of fans, as Haley’s country performance was stronger than Lauren’s Shania Twain.  At the end of the night it was Ashthon singing for her Idol life.  Her reprise of Diana Ross wasn’t strong enough to woo the judges, but it was actually a better performance than last night.  I think America got this one right, what did you think?

One last thought, can I vote off David Cook’s cover of “Don’t You Forget About Me”?  Man, what was that about? 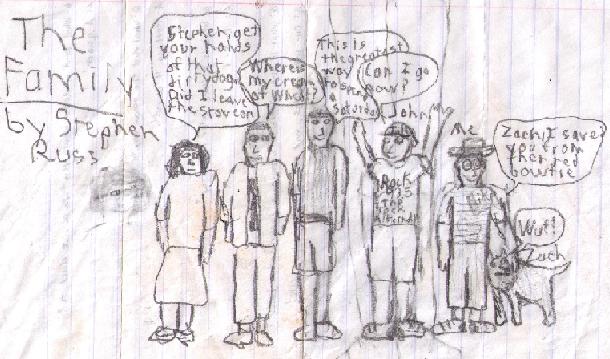