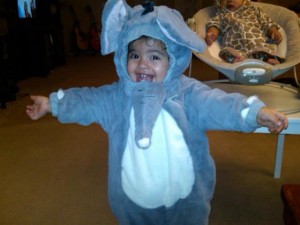 Just got back from one of my whirlwind trips to Arizona.  I drove over on Friday afternoon and drove back yesterday.  Luckily, I love to drive–I think perhaps in another life, I’d have liked to be a trucker…

Anyhoo…the reason for these trips is to visit my daughter and her husband and their three amazing children.  They have two little girls (3 & 2 yrs old) who they have adopted and an 8-month old boy that they are in the process of adopting.  It’s been a grueling process, to say the least, since they chose the tough path of adopting babies through the state social services system.

Each of these children was born to a different mom–all drug addicts.  They got their first girl when she was about 5 days old, the second when she was six weeks old (born prematurely at 3+ lbs), and their little boy when he was two weeks old (also born early, but not as tiny).  I’m deliberately not mentioning their names at this point because of the ongoing adoption/foster situation that is in process as I write.

The birth moms in all cases have gone back and forth about letting their babies go, with the second one being the least interested (abandoned her at the hospital after giving birth), but even she showed up for some of the hearings claiming that she wanted to keep her baby.  Each of  the moms have been given visitation rights–sometimes showing up; sometimes not.  This is in spite of the fact that social workers will actually pick them up for the visitation if they can find them.

They have also each been presented with the opportunity to “work a program” for drug rehab, and each has failed to do so, being so entrenched in the life she is leading that she can’t(won’t) let it go. No relatives have seriously wanted to step forward either. I will say one thing about the birth moms–at least they didn’t have these babies aborted (one of the moms had already had 4 or 5 abortions & been pregnant at least 10 times).

So, there are three children living in a loving, balanced home who will grow up learning in how to live responsible, balanced, Christ-loving lives.

My heart breaks for all of the unloved, unwanted children out there.  It’s one of the things that can make me really angry.

I’ve said it before, but this is practicing true religion–caring for orphans and the helpless ones in this world. 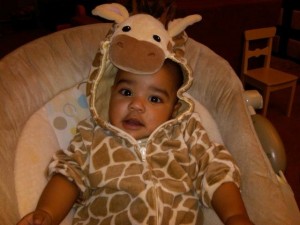 My kids are living out Jesus in the world by making a lasting difference in the lives of these three little ones.  They say they want them to know how much they wanted them and that God put them in a family together.  Every year, in addition to celebrating the children’s birthdays, they have a party on “Gotcha Day”, the day each child was officially adopted.

Jesus said, “Let the little children come to me, for of such is the kingdom of heaven.”

I love watching these.  Thought I’d share a few with you tonight… http://www.youtube.com/watch?v=j8GKyh7Xa4Q&_detailpage http://youtu.be/rBOibiisqdQ …and one more… http://youtu.be/VKyaif6lgjs