Frank Davis – What a Voice!

I was looking up Fred Waring and the Pennsylvanians because I remember some recordings I listened to as a child, and I came across this…consider that the year was 1952 and while you are looking at the video, notice how many other African-Americans are in the group.

I copied the following from the You Tube link:

Uploaded by FredWaringsAmerica on Jan 10, 2012

In 1952, an African-American baritone named Frank Davis from Xavier University stepped on to the stage at CBS to perform in the Varsity Show Case on The Fred Waring Show. The Varsity Show Case was a special spot used to feature musical talent from colleges and universities across the United States. Once Frank began singing, America and Fred Waring knew there was unmistakable talent and magnificence in Davis’ voice and presence. Waring soon hired him to be a part of his choral group known as The Pennsylvanians, and Davis toured with the group from 1952-1959 and also performed regularly on The Fred Waring Show on CBS. He reunited with Waring for his 1968-1969 American show tour.

Davis’ voice broke performance sound barriers as well as color barriers that existed in America during the 1950s. Davis, as part of Waring’s Pennsylvanians, toured America including the racially divided American South. Waring, resistant of the prejudicial culture that existed in much of America, would not take his Pennsylvanians to any establishment, hotel, or performance venue unless all members, regardless of skin color, were admitted and given equal privileges. Waring famously would refuse to perform with the curtain lifted on stage if any resistance to Davis’ presence was met, and after delivering this ultimatum to the stage manager and being allowed to perform, Waring would never return to the city that had resisted his African-American baritone. Delivering soulful renditions of famous spirituals, hymns, and James Weldon Johnson’s “God’s Trombones,” Davis’ story as an African-American singer in the 1950s on the big stage of television and theatres is remarkable and significant. His voice was truly an incredible gift. 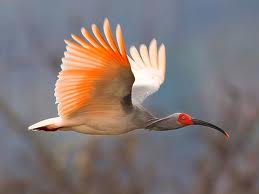