It’s commonly believed that men think about sex every seven seconds but a new study now says this is just a myth. Men are more likely to have football on their minds than sex.

The survey by Illicit Encounters showed that 64 percent of men think about football more than sex. Eight percent of those who completed the survey said they think about sex first.

The survey addressed other common sex myths including sex before sports decreasing your chances of playing well and oysters being a real aphrodisiac.

This survey isn’t to say that sex isn’t a priority for men.

Connection and intimacy are so vital and is the lifeblood of your relationship. We all are emotional, sexual beings that need love, attention and affection, and we have to be intentional about nurturing and working to enhance intimacy with our partners. Time is definitely a constraint but it’s the quality of those moments that count.

As for sexual intimacy, lovemaking is naturally a variable and people have different drives and desires. Be mindful that more sex doesn’t mean more intimacy, and intimacy is more than just sex. As a couple, you need to set out time for sex and also make intimacy and sex goals.

It is crucial to think about the ways in which you would like to enhance your connection with sex and how to maximize pleasure and satisfaction for yourself and your partner. Include daily and weekly goals for kissing, hugging, affection and foreplay.

Couples in satisfying relationships more often than not are comfortable talking about sex.

It actually turns out the most important part of cultivating a healthy sex life is talking about a healthy sex life. When partners talk to each other about their sexual needs, their conversations are often indirect, vague and left unresolved.

Typically both partners are in a rush to finish the discussion, hoping their partner will understand their desires without saying much. The less direct you are about what you want, the less likely you are to get it.

Talking about sex is a powerful way to deepen intimacy and connect. Partners who are comfortable with each other know the key to a sexual satisfying relationship is being comfortable and talking about it openly. They have no issue discussing things before, during and after. 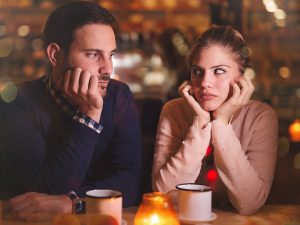 How COVID-19 is Changing the Way We Date

Grocery store shelves are wiped out, sports seasons are being postponed, and social distancing practices are being advised in the midst of global efforts to contain the coronavirus pandemic. While some people are on high alert about the virus, others are looking for ways to make light of the situation by taking advantage of cheap […]

Tennessee Couple Married for 58 Years, Died Side by Side in Tornado

A Mt Juliet couple died in a deadly storm that swept through their town early Tuesday morning. The couple was found side by side on a mattress that had been thrown from their bed. James and Donna Eaton had been married for 58 years and the couple was a beacon of light in their community.  […]

More Couples Are Sleeping in Separate Beds and Here’s Why

If you heard that a couple was sleeping in separate bedrooms, you would probably think that there was a bigger issue or serious trouble in their relationship. You may wonder if they’re having issues with communication or intimacy. While we traditionally associate leaving the bedroom with a more serious relationship problem, this may not be […]