Single and Sick of it? You’re Not Alone

Despite there being a small army of dating websites and apps, finding a happily ever after is not easy these days. In fact, more than half of Americans between the ages of 18 and 34, prime dating age, do not have a romantic partner according to the General Social Survey. This is a record high.

There are a number of theories about why dating seems to have died among young people. One of the first culprits looked at is usually the smartphone. Dating apps on smartphones make it so that there seem to be an infinite number of choices for potential dates. As such, if the current date does not inspire rainbows, butterflies and visions of wedding bells within the first 10 minutes of a date, people are already deciding which of their matches is going to be their next date. This mentality, however, fails completely to take into account the fact that first dates are awkward. First dates involve spending one on one time in a relatively small space with a complete stranger. Few people are going to be perfectly smooth in that situation. Those that are immediately suave should actually be looked at with more suspicion than the person who fumbles a bit while trying to fill an awkward silence.

In addition to creating the illusion of an infinite number of dates just sitting around waiting for the person to choose them, smartphones and their assorted apps have done enormous damage to the ability of young people to communicate face to face with each other. People are used to dealing with social media soundbites and clever one liners that may have taken an hour to craft. They are also used to multitasking and being able to immediately leave a conversation. On social media, a person can take as long as they want to come up with the perfect wording to someone’s comment. If the conversation gets awkward, they simply do not respond. When they are done talking, they can just walk away. None of these things happen in real encounters with actual people. People look askance when someone takes longer than a few seconds to respond to their question, and there is no backspace key that lets someone modify their response to sound more intelligent or witty. On a date, people also cannot simply stop talking or walk away. Well, they can, but they are certainly not getting a second date. This means, however, that many young adults have no idea how to revive a conversation following the inevitable long pauses that come during a first date.

The growth of singlehood is not necessarily a bad thing in its own right. Plenty of young adults are not looking for a serious relationship and are perfectly happy being single. The lack of dating among those who are looking for love, however, does suggest that all the dating apps in the world will not help someone who cannot interact with another human being without the filter of a screen and keyboard in the way. 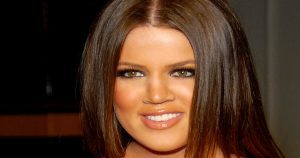 Khloe and Jordyn, Angelina and Jennifer. Why Do We Always Blame the Other Woman?
archives most recent
More from Beliefnet and our partners
previous posts

How COVID-19 is Changing the Way We Date

Grocery store shelves are wiped out, sports seasons are being postponed, and social distancing practices are being advised in the midst of global efforts to contain the coronavirus pandemic. While some people are on high alert about the virus, others are looking for ways to make light of the situation by taking advantage of cheap […]

Tennessee Couple Married for 58 Years, Died Side by Side in Tornado

A Mt Juliet couple died in a deadly storm that swept through their town early Tuesday morning. The couple was found side by side on a mattress that had been thrown from their bed. James and Donna Eaton had been married for 58 years and the couple was a beacon of light in their community.  […]

More Couples Are Sleeping in Separate Beds and Here’s Why

If you heard that a couple was sleeping in separate bedrooms, you would probably think that there was a bigger issue or serious trouble in their relationship. You may wonder if they’re having issues with communication or intimacy. While we traditionally associate leaving the bedroom with a more serious relationship problem, this may not be […]