Secularizing the Cross (Christian Activists: Be Careful What You Wish For) 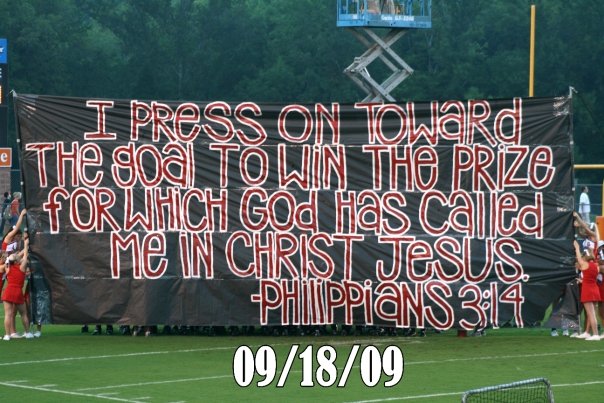 The Supreme Court heard oral arguments this week, in Buono v. Salazar, about whether a white 6 1/2 foot cross can be displayed in a national park as a tribute to World War I soldiers. Though it’s depicted as a classic clash of the secular and the religious, it actually illustrates why Christian activists should think long and hard about pushing for religious symbols in the public square.
In order for religious symbols to pass Constitutional muster, they often must have some “secular” purpose, so advocates of religious displays spend much time trying strip the item of its religious meaning. Hence this amazing exchange between Justice Antonin Scalia and Peter J. Eliasberg, the attorney for the ACLU (via the New York Times):

Mr. Eliasberg said many Jewish war veterans would not wish to be honored by “the predominant symbol of Christianity,” one that “signifies that Jesus is the son of God and died to redeem mankind for our sins.”
Justice Scalia disagreed, saying, “The cross is the most common symbol of the resting place of the dead.”
“What would you have them erect?” Justice Scalia asked. “Some conglomerate of a cross, a Star of David and, you know, a Muslim half moon and star?”
Mr. Eliasberg said he had visited Jewish cemeteries. “There is never a cross on the tombstone of a Jew,” he said, to laughter in the courtroom.
Justice Scalia grew visibly angry. “I don’t think you can leap from that to the conclusion that the only war dead that that cross honors are the Christian war dead,” he said. “I think that’s an outrageous conclusion.”

So, in order to preserve its place in the cemetary, Scalia secularized the cross. It became not an emblem of Christ’s love or sacrifice but instead a “common symbol of the resting place of the dead.”

We’ve seen this before. To pass Constitutional muster, the Christmas tree has been deemed an icon of a festive season, rather than something related to Christ’s birth. In Lynch v. Donnelly, the court found that even creches could be considered to have secular purposes.
In other words, the more you want Christian symbols in the public square, the more you have to prove they’re lacking religious meaning. A question for devout Christians: Do you really want the cross and the creche to become akin to the Christmas tree — or the Easter Bunny?
The “secular purpose” trap isn’t the only reason the “pro-religion” position can end up hurting Christianity. Legal cases pressing Christian symbols tend to argue that these efforts are acceptable as long as the government isn’t excluding other faiths. That’s how we’ve ended up with town squares with Menorahs alongside the creches. But this is the ultimate slippery slope. The Courts cannot and should not say that pluralism is imited only to Jews. Over time, Islam, Buddhism, Paganism will inevitably end up having greater public displays, too.
That means conservative Christians need to ponder a more subtle theological point. If you believe visible public displays convey important social messages, doesn’t a pluralistic scene convey a second message: that all faiths are equal? And for those who believe that God is angered by our unwillingness to advocate His presence in public places, how will He feel about your implicit declaration that Islam or Buddhism deserve equal stature?
Finally, some earthly symbols that make excellent culture war statements may be less successful at conveying the desired spiritual meaning. The residents of Oglethorpe, Georgia are fighting for the right of cheerleaders to hoist paper banners featuring Bible quotes, through which the football players can burst at the beginning of games. One quotes Philipians 3:14, “I Press On Toward the Goal To Win the Prize for Which God Has Called Me in Christ Jesus.”
Really? Is that goal — the one with the white stripe near the big yellow metal post — the one God in Christ Jesus had in mind?
I understand the impulse: residents thought they were doing a hopeful, helpful thing, and opposition from some small minority seems like part of a larger culture war against their faith in general. But I’m not sure they’re truly advancing the cause of Christ through these banners. As someone posted on a community message board recently, “Yeah that’s what Jesus got nailed to a cross for. So high school football games could be won. They’re insulting Christians and Atheists in one fell swoop.”
To be clear: I’m not arguing the Constitutional merits here; I tend to side more with conservatives on the legal matters, feeling that religious displays often can be constitutional. Nor am I questioning the sincere motives of those wanting to deepen their faith by celebrating it in public.
I’m saying that there’s such a thing as being Constitutionally allowed — but spiritually unwise. Remember, James Madison supported strict separation of church and state primarily because he thought it was good for religion. Perhaps he was on to something.
P.S. One of the parties in favor of the public display of the cross is the Obama administration’s Justice Department! I’m still waiting for my Family Research Council press release praising Obama for opposing the American Civil Liberities Union and advocating faith in the public square.
read next post
The 92 Year Old Woman Who Ministered to Her Mugger
archives most recent
More from Beliefnet and our partners
previous posts