Contraception and Abortion: Common Ground and the Protestant-Catholic Divide 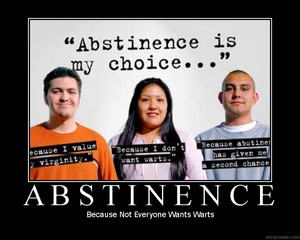 Efforts to achieve common ground on abortion often stumble over the role of contraception. For pro-choicers, it’s a no brainer: if you want to reduce abortions, reduce unintended pregnancies – and the best way to do that is through better family planning.

But the pro-life movement usually opposes family planning for a wide range of reasons, practical (they think it doesn’t work), philosophical (it sends a mixed message) and religious (it’s against God’s law)
However, probe deeper and you find a very important area of disagreement within the pro-life movement — one which stems from ancient theological differences between Catholics and Protestants, and which may hold the secret to some common ground breakthroughs.
The Catholic Church has opposed contraception on the grounds that the divinely-sanctioned purpose of sex is pro-creation. Some Protestants agree.
But many Protestants — even conservative, pro-life evangelical Protestants – disagree with the Catholic Church’s teachings on this. For instance, Richard Land, the president of the Southern Baptist Convention’s Ethics and Religious Liberty Commission, says the traditional Protestant view is that while procreation is a blessing, the point of sex , according to the Bible, is creating an intimate marital bond. “Procreation is not the primary reason god gave sex,” Land said. “Primary reason was… ‘the two became one flesh.'” (Mark 10)
This theological difference enabled conservative evangelicals to support distribution of condoms in Africa as part of an effort to curb the spread of AIDS. As Rick Warren’s church website declared, “We can’t prevent many other diseases that plague mankind, but we know how abstinence, monogamy, and condoms can go a long way toward stopping HIV in its tracks.” 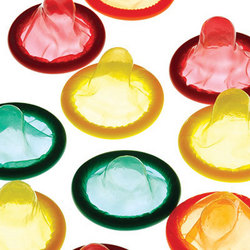 If pro-life evangelicals could support condoms there, could they support them here? A few points to consider.
First, the approach that gained evangelical support in Africa was often called ABC — Abstinence, Be Faithful and Contraception. Evangelicals accepted this approach as long as the condom education was combined with a strong message about abstinence and fidelity.
Studies have shown that efforts that combine all three elements are more effective than efforts that only try one approach.
Second, the efforts in Africa were geared toward adults. Evangelicals ought to have no problem backing ABC-style efforts here targeted toward adults.
What about ABC efforts targeted toward teens? “Possibly,” said Land. The key: it would have to focus on education and not include the distribution of contraception, which Land (and most conservative evangelicals) fervently opposed. (“That’s giving people permission to have sex.”) Still, that’s a big difference from supporting just abstinence-only.
And it would need to be done at the right age level, Land says. “Sixth to eight grade? No. Eleventh and twelth grade? Possibly. College? Yes.”
So, the common ground elements for a new family planning initiative might include:
— An ABC approach that emphasizes abstinence and faithfulness as the preferred approach, but educates about contraception, too. Call it, “Abc with a capital A”.
–Distribution of contraceptive information to older minors but no distribution of contraception itself to teens in public schools.
–Government-sponsored explicit how-to-have-safe-sex education targeted to older teens, not younger children, especially in schools. If parents, churches or private groups want to offer sex ed to younger kids that’s their choice. (Note: family planning advocates claim that sex ed is already age appropriate but much “common ground” work would need to be done to convince conservatives of that).
Many pro-choicers will bristle at these parameters. But before rejecting them out of hand consider this: most research has shown that an inability to pay for contraceptives is NOT the primary reason for unintended pregnancy. The much bigger problem is improper or inconsistent usage of contraception.
So if government helped improve family planning but didn’t distribute condoms to school kids, it would still be achieving a great deal. Only a small percentage of public school sex ed programs actually distribute contraception so I’m not sure why pro-choicers would dig in their heels on this.
What about including abstinence in the pitch? Pro-choicers, I suspect, would split on this. Some believe that teenage sex is inevitable and/or fine so preaching abstinence is largely a waste of time. Others believe that the desire for sex is powerful but that we’d all be better off if sex were delayed as long as possible so that the abstinence message can help. President Obama articulated this idea during the campaign when he declared that we should teach young people that “sexuality is sacred.”
Politically, the White House has a difficult balancing act. Catholics are crucial to Obama’s political coalition so the White House is not going to want to overtly side with Martin Luther over Pope Benedict on a matter of theology but it also knows that rank and file Catholics don’t share the Vatican’s views on the contraception. As a practical matter, the White House should probably give up on creating a prevention plan that the Catholic Church can endorse, and instead recognize the subtle but important differences within the pro-life ranks.
It was a huge development when conservative evangelicals accepted contraception as a part of their anti-AIDS efforts in Africa. An important left-right coalition was built in Africa; it’s time to import it to America.
Wonky footnote below:

The mechanics of how you’d achieve those goals are complex. Would this all go through Title X or some other mechanism? How much government money should go to private non-profits for distributing contraception to younger teen who ask for it? Would the common ground approach be just for additional new money, leaving the current programs as is? Evangelicals supported condom distribution to adults in Africa; how would they define “adults” here? A 19 year old? These questions and many others remain unsanswered. My main point is more that as a political matter, it makes sense to take advantage of evangelical buy-in to the ABC approach in Africa. .
An inevitable political question from pro-choicers will be: why should we compromise at all on what we think will be most effective in reducing unintended pregnancies just to get some conservative support? It’s a legitimate question. Beyond the most obvious answer — “because Obama promised” — pro-choicers will need to look at whether getting conservatives to accept some family planning money for the first time is worth some policy compromises. It may mean that the whole package is better financed than it would have been and therefore pro-choicers will get a more subsantial government commitment to family planning, and possibly less money for abstinence-only programs.
It also will mean that it will be safer in the long run, including after Democrats lose power, as they eventually will. It’s a simple reality of American politics: programs with the broadest political support, flourish most in the long run.