By swaldman
The House Energy and Commerce Committee wrestling with health care last night narrowly approved one measure (“The Capps Amendment”) claiming to be neutral on abortion — but which opponents claimed was slanted toward the pro-choice side. Then they narrowly voted for a different amendment (“The Pitts Amendment”) claiming to be neutral — but which a…

What Role Will the Catholic Bishops Play on Health Reform?

By swaldman
Terry Mattingly makes the fascinating point that the U.S. Catholic Bishops seem to be non-players in the health care debate, if press coverage is any gauge. “Are the journalists ignoring the bishops or are the bishops (and their gatekeepers) ignoring the journalists? This is one of the biggest religion-news stories of the year, especially in…

The Contraception Divide Within the Pro-Life Movement 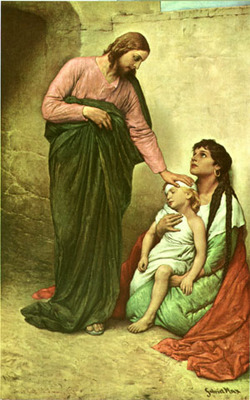 During Republican administrations, the religious right flexed its muscle around issues like abortion and judicial appointments. As the religious left grew in importance during the election, it was unclear how they would attempt to exert their influence. It looks like the first big test is health care. They were non-existent players in 1993; this time,…
archives most recent
More from Beliefnet and our partners
More from Beliefnet and our partners
Close Ad