Obama’s pro-life supporters have got to be somewhat disappointed today.
Today, as promised, he is expected to repeal the “Mexico City policy” a.k.a. the “gag rule” — the policy that prevented overseas family planning groups from mentioning abortion as an option if they receive U.S. money. He earned some praise from pro-life supporters by delaying the order by a day so it wouldn’t coincide with the anniversary of Roe v. Wade, which many pro-life people view as a day of grief.
But I think the real signficance — and the reason pro-life Obama supporters ought to be disappointed — is the combination of the gag rule repeal (which was expected) and the language he used in his Roe v. Wade statement yesterday.
He did mention the goal of reducing unintended pregnancies. But keep in mind that pro-life Obama supporters believed that their big victory during the fights over the Democratic Party platform was not the language about reducing unintended pregnancies — but rather the language about helping women carry babies to term, if that was their choice.
That thought was absent from yesterday’s statement.
The full statement is below but this is the key paragraph:

“While this is a sensitive and often divisive issue, no matter what our views, we are united in our determination to prevent unintended pregnancies, reduce the need for abortion, and support women and families in the choices they make. To accomplish these goals, we must work to find common ground to expand access to affordable contraception, accurate health information, and preventative services.”

Compare that to the Democratic platform, which had the above sentiment but also this:

“The Democratic Party also strongly supports a woman’s decision to have a child by ensuring access to and availability of programs for pre and post natal health care, parenting skills, income support, and caring adoption programs.”

And here’s his statement during the final Presidential debate, in which he again paired preventing unintended pregnancies with helping women who want to carry babies to term:

“We should try to prevent unintended pregnancies by providing appropriate education to our youth, communicating that sexuality is sacred and that they should not be engaged in cavalier activity, and providing options for adoption, and helping single mothers if they want to choose to keep the baby.”

Or to his statement during the campaign to George Stephanopolous:

“I think the better answer — and this was reflected in the Democratic platform — is to figure out, how do we make sure that young mothers, or women who have a pregnancy that’s unexpected or difficult, have the kind of support they need to make a whole range of choices, including adoption and keeping the child.”

Joe Biden on Meet the Press went even further:

“What we’re going to be spending our time doing is making sure that we reduce considerably the amount of abortions that take place by providing the care, the assistance and the encouragement for people to be able to carry to term and to raise their children.”

UPDATE: At least one pro-Obama group is arguing that repealing the gag rule would actually reduce the number of abortions. How? The policy reduced familty planning efforts leading to millions more unintended pregnancies, in addition to deaths of mothers and children.
Full statement by Obama on the anniversar of Roe v. Wade:

On the 36th anniversary of Roe v. Wade, we are reminded that this decision not only protects women’s health and reproductive freedom, but stands for a broader principle: that government should not intrude on our most private family matters. I remain committed to protecting a woman’s right to choose.
While this is a sensitive and often divisive issue, no matter what our views, we are united in our determination to prevent unintended pregnancies, reduce the need for abortion, and support women and families in the choices they make. To accomplish these goals, we must work to find common ground to expand access to affordable contraception, accurate health information, and preventative services.
On this anniversary, we must also recommit ourselves more broadly to ensuring that our daughters have the same rights and opportunities as our sons: the chance to attain a world-class education; to have fulfilling careers in any industry; to be treated fairly and paid equally for their work; and to have no limits on their dreams. That is what I want for women everywhere. 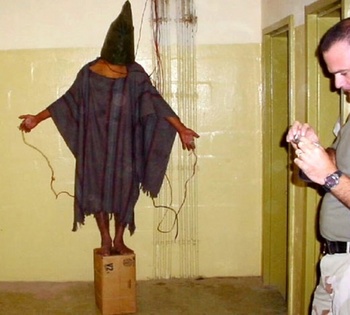