Religulous — Deceiving Its Way into the Creation Museum 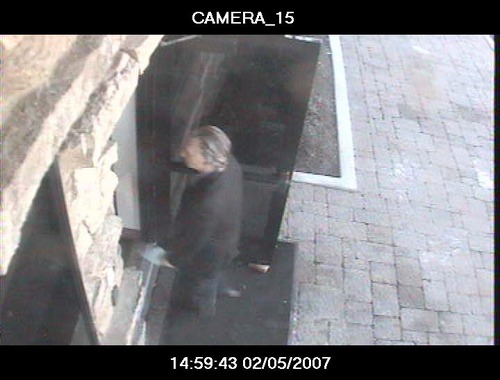 The official synopsis for Religulous says that Bill Maher “applies his characteristic honesty” to the subject of faith. Apparently, he has a somewhat selective definition of honesty. I’ve noted the sleights of hand used with Francis Collins and John Adams.

Consider, too, what they did to the Creation Museum near Cincinnati.
Now, in a documentary on religion, I think it’s fair game to probe creationism and the role of “young earth” theology in public policy making. So I can understand why Maher was dying to get his crew inside the Museum and interview the leaders of the Museum. But he faced a problem. As a well known critic of religion, there’s no way the Museum would give him free run of the museum. They’d turned down request to appear on Maher’s TV show, figuring that they would simply become an object of ridicule.
So, Maher and company tricked them.
First, they secured cooperation by completely concealing Bill Maher’s role in the movie. According to representatives of the Museum, on January 30, 2007, they got an email from someone named Bethany Davis. She gushed that “photos of the museum on your website are awe inspiring and we feel that showcasing this amazing museum to a broad audience would add to spreading the word of Answers In Genesis.”The “documentary” would “explore the cultural landscape of the United States through highlighting religious centers, historical sites and key religious experts.” They noted that the “producers involved have worked on various projects for CBS news, ABC news, Discovery Channel, FX and MSNBC to name a few.” (Full email below the fold)
There was no mention of Bill Maher.
According to Ken Ham, the president of the Museum, here’s what happened next. On the day of the interview, the crew (but not Maher) showed up at the main entrance, as planned, to interview Ham. He spoke to them about the Museum and gave a tour. Again, no mention of Maher.
After a while, the crew requested to interview Ham in his office. Maher snuck in a side door of the museum (picture, from a security camera, above) and went to Ham’s office. Ham says he doesn’t get HBO and didn’t remember who Maher was. He assumed he was another reporter from the crew. He gave an interview which became the grist for a brutal segment in Religulous.
Ham saw the movie recently and claims, not surprisingly, that Maher left out parts where he was best defending his position. “Their agenda was to mock people,” Ham said. “They don’t believe in ethics.”
Asked to comment on the idea that they tricked the Creation Museum into cooperating, the director, Larry Charles, sent me this statement via email:

“Ken Ham is a media whore. He has cultivated all sorts of media outlets to promote his agenda. Why should he be allowed to get off the hook? Why shouldn’t he be asked some tough questions? He has built this quasi-museum to quasi-science, isn’t there a journalistic obligation to scrutinize this?
He has gotten a free ride from the media. He is a dangerous man. We don’t even know where the money comes from to build that $30 million museum. If Mike Wallace had grilled him for ’60 Minutes’, we wouldn’t be having this conversation. Just because someone doesn’t want to talk to us, doesn’t mean they shouldn’t be talked to.”

The ends, in other words, justify the means. Now, as I said at the outset, I think Creation Science is certainly a fair topic for a movie like this. But for a movie that draws blood by accusing religious figures of dishonesty and hypocrisy, it’s more than a little ironic that deception was such a central part of their modus operandi.
It would be one thing if Bill Maher marketed this only as a prank-filled comedy. But Religulous claims to be a “documentary” that raises profound questions of life and death. How can we take it seriously as a documentary if it relied so heavily on deceit?

Dear Mr. Ken Ham,
My name is Bethany Davis and I am currently working on a documentary for First Word Productions, an independent production company.
Our documentary seeks to explore the cultural landscape of the United States through highlighting religious centers, historical sites and key religious experts. The producers involved have worked on various projects for CBS news, ABC news, Discovery Channel, FX and MSNBC to name a few.
After seeing one of your speaking engagements, and then further researching Answers In Genesis and The Creationist Museum we think you could be an invaluable inclusion in our exploration. Reading through some of your online material, we believe that you and your museum can illustrate Creationism in an insightful and engaging way that will appeal to our audience. We would be especially thrilled to be able to include a guided tour of the Creationist Museum with you. The photos of the museum on your website are awe inspiring and we feel that showcasing this amazing museum to a broad audience would add to spreading the word of Answers In Genesis
I’d love to discuss the details of this project with you further over the phone. I can be reached at
323-860-3553
323-202-7343
or via email. When might be a good time to call and where can I best reach you?
I look forward to hearing from you.
All the Best,
Bethany Davis

read next post
Huh? Young Evangelicals Cooler on Democrats Than Their Elders
archives most recent
More from Beliefnet and our partners
previous posts