Joel Hunter: Democrats Could “Steal the Title of the Pro Life Party” 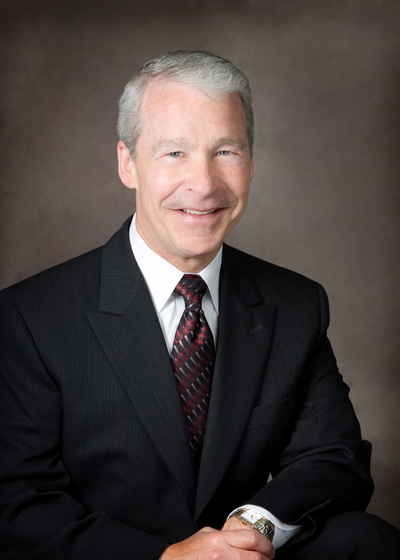 One of the most interesting evangelicals these days is Joel Hunter, senior pastor at Northland Church in Florida. He does not consider himself a part of the religious left. He’s a registered Republican, strongly anti-abortion, author of A New Kind of Conservative, and even spent about ten minutes as president-elect of the Christian Coalition.

I was therefore a bit surprised when he mentioned during our chat this week that he’s been asked by the Obama campaign to deliver the closing prayer at the Democratic convention. He said yes.
The next surprise was his suggestion that Democrats “could arguably steal the title of the pro life party.”
Huh? How is that possible? Obama is just as pro-choice as any other Democratic nominee; critics say he’s the most pro-choice candidate ever. Hunter makes a practical argument: providing women with economic help in carrying babies to term can actually reduce the number of abortions more, and more quickly, than focusing on overturning Roe v. Wade. “With eight years of Bush the abortion rates have not declined. Every indication is that with financial support and different forms of supporting pregnant mother and then some post birth help also we could come close to 50% reduction in abortions. That’s huge. That’s huge.”
Continuing with the same culture war paradigm is therefore morally dubious. “If we insist on keeping this an ideological war we’re literally not saving the babies we could save. The Democrats have a huge opportunity here to really steal the thunder from those who are seen as traditionally pro life.”
He’s pessimistic that the Democratic Party would go far enough to really take advantage of the opportunity, though he does think the new platform took a step in the right direction. He was consulted by the Obama campaign, and believes that on balance “philosophically this is a huge move” because it put the party on record supporting certain abortion reduction measures such as maternal health and adoption support. (For the case against the plank as being a substantial move, click here) But those advocating for a larger push to the center “had to go up against the status quo – very strong and well financed voices,” meaning pro-choice feminists.
This is a shame for Obama, he says, because abortion is the number one issue keeping evangelicals from embracing him. They keep hearing he supports “infanticide” and partial birth abortion. If Obama came out forcefully for an abortion reduction agenda – even one that emphasizes support for women rather than legal restrictions — that “would go a very long way in establishing trust with evangelicals. That would huge.”
Democrats have an opportunity with evangelicals in part because these Christians feel they were “used” by Republicans. Interestingly, it wasn’t Bush administration policies on abortion that first ruptured the trust between Christians and the Republican Party. It was Iraq. “People are saying wait a minute, what else did we think was going to go right that didn’t go right? There’s kind of a ripple effect of disillusionment.” Anger over Iraq created a political opening on abortion.
The question is whether the pro-choice activists are so strong within the Democratic Party that Obama will not be able to seize the opportunity.

read next post
Jim Wallis: The Abortion Plank WAS A Step Forward
archives most recent
More from Beliefnet and our partners
previous posts