What IS an Evangelical?

I’ve given scores of talks and interviews on “the politics of evangelical voters” in the past seven years, so I was surprised after a TV appearance last week when my wife turned to me and asked, “Um, Hun, what do you mean when you say ‘evangelical?'”
For a few seconds I was angry and disappointed. Like every spouse, I wondered if she truly listened to me. But she was right. Evangelical is an utterly confusing word I regularly use without defining. So, I’d like to try.

A few years back, the term evangelical was associated with socially conservative Christian leaders Jerry Falwell, Pat Robertson and others who wanted to fight abortion, feminists, Teletubbies’ Tinky Winky, moral relativism, evolution and Democrats.
Then we in the media got slightly more sophisticated, coming to understand that evangelicals are a diverse group. It turns out that Falwell et al really represented a subsection of evangelicals called “fundamentalists,” who have conservative politics, believe the Bible is inerrant and should be interpreted literally.
Evangelicals are broader than that. While they have certain core theological beliefs, they express that in different ways — one-third voted for Bill Clinton, for instance — and differ over whether to separate from the mainstream culture or “engage” with it.
What are those core theological principles? An important document called “An Evangelical Manifesto” by a number of leading evangelicals earlier this year attempted to summarize:
“Evangelicals are Christians who define themselves, their faith, and their lives according to the Good News of Jesus of Nazareth. (The Greek word for good news was euangelion, which translated into English as evangel.) This Evangelical principle is the heart of who we are as followers of Jesus. It is not unique to us. We assert it not to attack or to exclude, but to remind and to reaffirm, and so to rally and to reform….
“As followers of Jesus Christ, Evangelicals stress a particular set of beliefs that we believe are true to the life and teachings of Jesus himself. Taken together, they make us who we are. We place our emphasis on …
“1. Jesus, fully divine and fully human, as the only full and complete revelation of
God and therefore the only Savior.
“2. The death of Jesus on the cross, in which he took the penalty for our sins and
reconciled us to God.
“3. Salvation as God’s gift grasped through faith. We contribute nothing to our
salvation.
“4. New life in the Holy Spirit, who brings us spiritual rebirth and power to live as
Jesus did, reaching out to the poor, sick, and oppressed.
“5. The Bible as God’s Word written, fully trustworthy as our final guide to faith and
practice.
“6. The future personal return of Jesus to establish the reign of God.
“7. The importance of sharing these beliefs so that others may experience God’s
salvation and may walk in Jesus’ way.”
Some people use the term “evangelical” interchangeably with another Christian term, “born again.” But other pollsters believe these two terms have different meanings. For instance, the respected Christian pollster George Barna asks respondents: “Have you ever made a personal commitment to Jesus Christ that is still important in your life today?” If respondents say “yes,” then they are asked about life after death. They are considered “born again” if they agree that “when I die, I will go to Heaven because I have confessed my sins and have accepted Jesus Christ as my savior.” Barna says about 42% are “born again” using his methodology.
Most political pollsters, perhaps not wanting to wade into this religious dispute, split the difference by asking voters whether they consider themselves “evangelical or born again.” Exit polls in 2004 said 23% of voters answered yes to that question.
More recently, a Pew Religious Landscape Survey took a different approach. It listed certain churches and denominations — Southern Baptist, Assemblies of God, Church of Christ and others — as being part of the evangelical tradition, and then assumed that people who attended those churches were evangelicals. Pew concluded that 26.3% of those surveyed attended evangelical churches. http://religions.pewforum.org/pdf/report2religious-landscape-study-appendix3.pdf]
Where do I come down on this? In general, religious beliefs are so subject to personal interpretation that I tend to call people whatever they want to be called. If they say they’re evangelical, then they are, in my book. I also think that Pew’s approach, which assumes that people self-identify through the choice of church, makes sense, too.
If you’re someone wondering whether he or she is an evangelical, that’s unsatisfying. While the seven point test is precise, it’s a bit cumbersome so I challenged Richard Mouw, the President of Fuller Theologic Seminary and one of the architects of the Manifesto, to summarize it in one sentence.
Though he sort of cheated a little bit by having lots of subclauses and parentheses, he got close enough. He said an evangelical is someone who “wants people to have a personal relationship with Christ”; views the “Bible as the Supreme authority;” believes Christ died for our sins (“crucicentric theology”); and is “activist,” meaning committed to serving Christ in the world at large.
Political consultants, of course, don’t sit around assessing whether voters in certain precincts follow crucicentric theology. They see a large group of voters – who call themselves evangelical or attend certain churches and have developed certain political tendencies. They voted heavily for George W. Bush in part because he expressed his faith in a way that made him sound evangelical (even though he never said he was one). Barack Obama has made a huge effort to win them back, again by sounding like one of them.
In past years the big political question was: how many evangelicals would turn out (the assumption being they’d vote Republican), this year the question is different: how many will become Obamagelicals?
I’m not sure if this will enable my wife to “understand me” better. In fact, I could use some help from Beliefnet readers: those of you who consider yourselves “evangelicals or born again,” what definition would you use?
Reprinted from The Wall Street Journal Online’s Political Perceptions area. 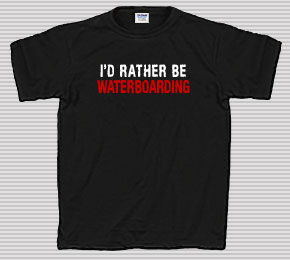