An important split is emerging within the Democratic Party over abortion. Barack Obama’s reaction to it will tell us a great deal about how he intends to unify people of different views and manage key voting blocs.
A group of progressive evangelicals, including Rev. Jim Wallis, has urged Sen. Obama to embrace an “abortion reduction agenda” that focuses on improving economic support for women so they won’t feel financially pressured into having abortions. Rev. Tony Campolo, a member of the Democratic Party platform committee, announced that he’s going to mobilize an effort get an abortion reduction plank into the party platform (in part through the group Red Letter Christians).

Pro-choice activists have reacted angrily. Kate Michelman, the former head of NARAL Pro-Choice America, and Frances Kissling, the former president of Catholics for a Free Choice, declared on Salon.com that Mr. Wallis and company were implying that “given the choice, having a baby is a more moral choice.” Their approach will therefore “be understood for what it is: condescending and sexist.”
The altercation revealed clearly that two of Sen. Obama’s political goals are in conflict.
On the one hand, he wants to court moderate evangelical Christians and centrist Catholics. Evangelicals and, to a lesser extent, Catholics tend to oppose abortion.
On the other, he wants to court independent suburban women, who tend to be pro-choice, and he’s laboring to attract Hillary Clinton voters – and donors.
Perhaps this is why Sen. Obama’s moves on abortion have seemed clumsy. He made news by saying he supported a ban on “partial birth” abortions except if the mother’s life or health was seriously threatened – only to back off and add “mental health” to the list of exemptions.
Sen. Obama’s approach has been to combine down-the-line pro-choice policies with conspicuous respectfulness of pro-life people. While he supports the Freedom of Choice Act, which would potentially roll back state restrictions on abortion, his Web site declares that he “respects those who disagree with him.” In his book “The Audacity of Hope,” he recounted how a pro-life protester had once offered to pray for him: “I said a prayer of my own – that I might extend the same presumption of good faith to others that had been extended to me.” His most evangelical-friendly formulation came in an interview with the Christian Broadcasting Network. “Abortion is a deeply moral issue and those who deny there’s a moral component to it are wrong,” he said, adding that he trusted women to make “a prayerful decision” and said sex education needed to impart the “sacredness of sexuality.”
You might think: how can this furrowed-brow strategy possibly work? Pro-life people surely won’t be lured by empathetic words if his policies go the other way. Some won’t but some will. For some centrist Catholics and moderate evangelicals, disgust with the Democratic Party was less about policy than perceived contemptuousness of pro-life people.
There are at least three specific flashpoints going forward.
Government funding of abortions: The federal government currently cannot fund abortions for the poor except in cases of rape, incest and when the life of the mother is endangered, a provision known as the Hyde Amendment. “Senator Obama opposes the Hyde Amendment and believes it should be repealed,” Obama spokesman Nick Shapiro stated via email, adding, “Obama believes that the federal government should not use its dollars to intrude on a poor woman’s decision concerning her reproductive health care.”
This will cheer abortion-rights activists but will be tough for even liberal evangelicals to swallow. They might accept the idea that the government shouldn’t ban abortions, but if they feel their own tax dollars subsidize abortions then they’ll view themselves as morally complicit in murder. “Obama would be very foolish” to take that position if he wants to win evangelicals, Mr. Campolo says.
Partial birth abortions: While the majority of Americans want abortions to be legal, they oppose so-called partial-birth abortions. Sen. Obama says late-term abortions are “really problematic” but supports a ban that critics say is rife with loopholes. So I asked the campaign the question in a slightly different way: Did he believe the ban he supports “would eliminate most partial-birth abortions?” Mr. Shapiro skirted the question: “Senator Obama supports and believes it is appropriate to ban partial-birth abortions, provided there is an exception for the life and health of the mother. He believes that the most effective strategy to reduce the number of abortions is to reduce the number of unintended pregnancies.”
Abortions vs. Unwanted Pregnancies: Bill Clinton talked about making abortions “safe, legal and rare.” By contrast, Sen. Obama mostly talks about reducing the number of unintended or unwanted pregnancies. To the ears of a pro-life evangelical, those are two very different things. “I mean, come on!” Mr. Campolo says. “He’s got to go beyond that.” Of course, if he does, Kate Michelman will hit back.
There’s one other tactical consideration for Sen. Obama on abortion: his running mate. Many feminists who supported Sen. Clinton are still cool to Sen. Obama. If he put Sen. Clinton or possibly another woman on the ticket, he might be able to go farther toward the center on abortion.
Or, he could go the opposite direction, choosing a pro-lifer such as Democrat Bob Casey of Pennsylvania or Republican Chuck Hagel of Nebraska. Ironically, that could enable him to stick to a strong pro-choice set of policies because he’ll have dramatically shown his respect for pro-life people.
My gut view, however, is that if he sticks with his current approach of conspicuous respectfulness without backing it up with something substantive, he’s unlikely to make much headway with evangelicals.
Reprinted from The Wall Street Journal Online’s Political Perceptions area. 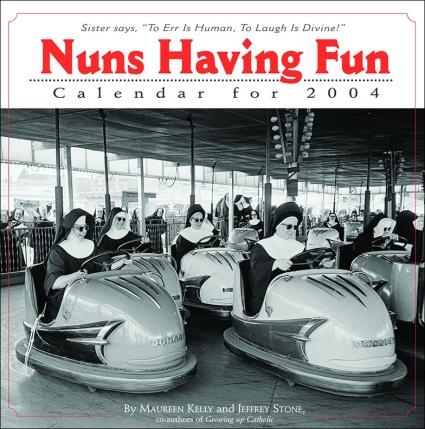