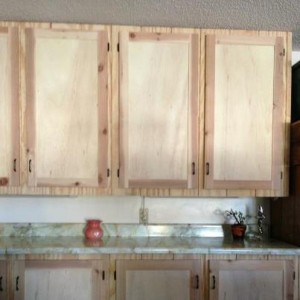 Today I finished the final payment for a set of storage cabinets that I asked All Around Handyman and Lawn Service to do for me.  They are beautiful enough to have in my home; but they are in the garage.  When Matt began the work, I wasn’t familiar with his work; and I wrote out the first partial-payment check with a bit of concern.

Sure he had given me a great price and I really needed some cabinets or “something” to hide all the things I work with in Special Gathering, which a ministry within the mentally challenged community.  My husband and I had put together scraps and parts from old lumber to make his garage serviceable.  But as the years, as his health failed, my Special Gathering ministry items slowly took over parts of the shelving. 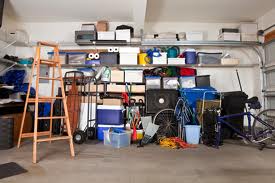 Our gardening necessities were hanging here and yonder.  He had more saws and sanders and gizmos than I dare to list.  There was a need for some kind of order.

When my husband died almost two years ago, I quickly cleared out all his clothes, medical equipment.  The children and grandchildren sorted through his professional items and took the aerospace and NASA momentos that they wanted.  I cleaned out his office.  But the garage…

That was the place where his heart lay.  For more than thirty years, he worked on an invention that he believed would change the world.  He died before his dream was realized.  I never wanted to romanticize his work but I also found that I could not clear it away.  I could not throw out the scraps and books that contained his life’s dream.  Until January.

With the new year, I knew it was time to set out on a one-year project to get the garage organized and cleaned out.  After working about a month, I realized that I must have a better system. I called Matt of All Around Handyman and Lawn.  He came and gave me a reasonable estimate for servicable and workable garage cabinets.

He took three days to complete the first phase of the project.  I watched with amazement at the skill, care and joy with which he worked.  He is a craftsman.  On Wednesday, just as he had promised, he completed the job.  I had no concerns when I wrote him the final payment.

Matt is a Christian man who started a risky adventure this year with his new business.  I believe that his abilities and painstaking focus will make his successful. I feel that even though I’ve paid him for doing the work, I am the one who has received the greatest blessing.

Whether we realize it or not, each day we can make a partial payment for godly blessing in the lives of the people that we encounter.   That grumpy cashier may need prayer.  My friend, Maria, always leans over the counter of a rude cashier or salesperson and whispers, “I know you are having a bad day.  I’m going to pray for you.”  She has even been known to slip an extra $10 into his hand if she believes that God is telling her to do it.  This wouldn’t be extraordinary except Maria is as poor as a stray cat.  There are times that she must stretch her meager pay check to buy groceries for a day, wondering what she will eat the rest of the week.

The other day I received a card from Betty, a member of Special Gathering.  It was a lovely Hallmark thank you card.  She carefully printed in large irregular letters, “I want you to know I love you very much.”  From another woman, this would be a welcomed ditty.  From Betty, it was a heart-felt and unusual expression of love.  I’ve known her for 25 years, but I’ve never known Betty to speak of any sentimentality.  I felt God was saying to me, “This is partial payment for the hours you’ve spent with her teaching, guiding and loving.”  I wept because of the love that she had given to me in that note.

As I looked at the finished cabinets today, I felt mixed emotions.  The Lord and Matt had given me a partial payment of godly blessing.  I loved the cabinet and I enjoyed filling them with all my Special Gathering stuff.  But there was a tinge of regret that my husband was never able to have this when it was his garage.  Then, I quickly realized that in a strange way, Matt’s wonderful cabinets were as much for Frank as for me.

As I closed the door to the garage tonight, I asked the Lord to thank Frank for this gift–partial payment from him to me given with love.