Meaning what you say

Even though saying what we mean is difficult, it may be harder to mean what we say.  When working with people with intellectually disabilities, I’ve found that our sub-culture is actually less prone to say things they do not mean than other segments of the population.  Yet, this is a continuing problem within our society.

A good friend of mine tells me that his wife was constantly threatening to “leave and never come back.”  He learned eventually that this was only an idle threat; but even in knowing this, it put him in continual trauma.  Finally, he realized that the sense of drama which produces trauma was her true purpose.  This is when he learned to ignore the threats.

However, threats about almost everything is a part of many people’s lives.  A parent may tell the Bible study teacher, “If that happens again, my daughter won’t be able to come back to your program.”  A member may inform you, “I’m never coming back…” if I don’t get my way.

Understand that I’m not speaking from the lofty tower of innocence.  I’ve caught myself more often than I care to remember torturing the truth in my speech.  When we mean what we say, there is a release that comes for everyone with whom you must interface.

“I will go” becomes a sealed covenant.  ”I can’t do that” releases you and the other person from future expectations.  ”If you do that, I must punish you” is a committment that should not be violated.  This week there was a conflict between two members.  One member began to curse at the other person.  I had to pull him out and ask for him to apologize.  He refused.

This refusal meant that I had to separate him from the others.  Once we were in a more private area, I could reason with him.  Within a few minutes, he was able to understand what was needed and what should be done.  He agreed and could be moved back to his normal seat.  My greatest danger  in this situation was threatening something that I could not or would not do.  It was essential to mean what I said.

Only the Lord’s strength and wisdom can help us to follow through on what we say.  Asking for his help always allows us to become the people of integrity that who can be the example we need to be for our members. 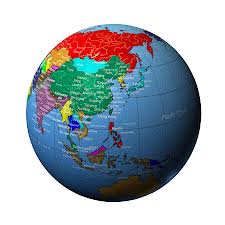