It was a happy day when I mentioned to a person who works at Congressman Posey’s office about my AT&T phone problem.  “Oh, no,” the Congressman’s helpful office manager, Pam Gillespie, said.  “It is a federal law that you must be able to transfer your number to your new carrier. They are breaking FCC rules.” 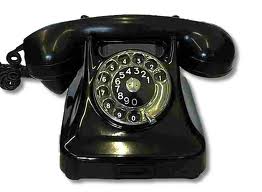 For over a month, I’d been fighting with a slew of AT&T representatives to get my home/business phone connected from a different carrier.  The result was that AT&T had somehow lost my phone number; and they were reporting to me that there was no way to retrieve it from the new carrier who had acquired it.  While this didn’t seem reasonable to me, because the phone number would not be given to someone else for at least two months, I could not get anyone at AT&T interested enough to eliminate the problem.

Mrs. Gillespie advised me to notify the Congressman’s office and fill out and sign a privacy form.  She assured me that if there were a Congressional Inquiry started regarding my situation that my month-long ordeal would be resolved to my satisfaction.  Mrs. Gillespie was correct.  Even though it was the day before Thanksgiving, I received calls from my former carrier and AT&T within an hour of the carriers’ receiving the inquiry information.

By the end of the week, I had my phone with my old phone number.  While my ordeal seemed complicated and overwhelming to me, a report to the Federal Communications Commission from Congressman Posey’s office quickly untangled the knots from the problem.

I want to personally thank Congressman Bill Posey and his fine staff for solving this perplexing situation.  Phone service seems to be a complicated problem for many people and there are many complaints regarding AT&T service.  However, if you are facing this hassle, call your congressional representative.  I did and I was thrilled with the results. In addition, I found that every AT&T rep that I spoke with (and I chatted with about 100 of them) were all friendly and sincerely wanted to help me.  Almost every time I yelled at them, I was almost sorry that it did it.