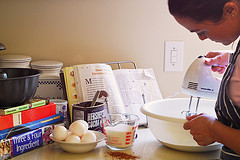 For more than 20 years, I was a stay-at-home mom.  During those years, I wrote five books.  Two of them were best sellers.  Together they sold over a million copies.  I was an award-winning, free-lance writer working with several different magazines.  Additionally, I was the room mother for my children’s school classes.I baked cookies and cakes for every event at our church.  I worked at the Fall Festival and did children’s theatre.  I held a weekly Bible study for the neighborhood children.  I taught Bible classes for every age and strip.  I did and taught crafts.  I sewed.  For years, I made all my own clothes and the clothes for my daughters.  On occasion, I even cleaned my house and did the laundry. 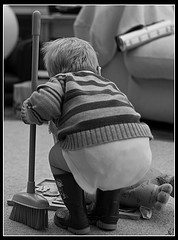 I enjoyed every part of these various tasks, except cleaning the house and doing the laundry.  Most of my friends who were also housewives were even more creative and productive than I was.  In short, we were the undocumented workers of the day.  We did what others were not able or did not want to do.  Only difference, we did our work for free–sensing a greater calling than mere housework.  We were molding the next generation of children.  Unfortunately, we usually garnered less respect than the undocumented workers do today.

Understand, my mother was a working mom.  With my father, she ran the family business, Gresham’s Ice Cream Parlor.  My sister, brother and I walked to the shop after school.  We did our homework propping our books and writing paper on tables where the teenagers gathered after school to listen to the jukebox and eat snacks.  After dark, we made pallets on the chest freezers where we slept until the shop closed.

Whether working mothers or stay-at-home moms, the greatest task of every mother must be embeding Christ-like value into our children. Abraham Lincoln said, “All that I am, or hope to be, I owe to my angel mother.”

Though poor, Ida Stover was determined to go to college. She scraped together enough money to attend Lane College in Lecompton, Kan., where she met fellow student David Eisenhower. She was known as a firm but gentle disciplinarian and was deeply religious. It is said she once won a prize for memorizing 1,365 Bible verses. As a pacifist, she was not in favor of her son attending West Point but decided to let him go.

She was the mother of Dwight David Eisenhower, the 34th president of the United States.

Mary Litogot grew up on a farm, and met her future husband, William Ford, when he came to work on their farm. She was 12 and he was 26. They married nine years later. Mary was self-sufficient and a diligent worker. Henry (Ford) later attributed his clean factories to her belief in cleanliness. She encouraged his interest in machines early on. He later said, “I have tried to live my life as my mother would have wished. I believe I have done, as far as I could, just what she hoped for me.”

Some of the women I have the most respect for are those courageous mothers whose children are born with intellectual disabilities.  At the birth of their children, the dreams and aspirations they have nurtured all their lives dies.  But their hope does not die.  Resilient and brave, they work and teach.  Step by minute step, they struggle and minister to the little ones God has placed in their homes and hearts. Yes, the moms who harbor future presidents and great inventors are wonderful.  However,  it is the mothers who daily work to bring their little ones with disabilities into their fullest potential that I honor and respect the most.

As a mother, what was your greatest accomplishment?  What about your mother?  How did she inspire you?