Each year in Florida, there are threats of budget cuts to the services of people who are mentally challenged.  More and more, these cuts are a reality.  These are lean times.  In most states the same thing is happening.  Many states are broke or going broke.

While it appears that other budget items either stay the same or they are increased, the intellectually disabled community receives the projected cuts.  Placing blame does little good.  However, we have learned that being proactive does help, especially if the advocacy is done by self-advocates.

Last year, a group of self-advocates traveled several times during the legislative session to petition the legislators to stop the proposed changes and cuts.  While walking the halls of the Senate office building, these men and women “bumped into” the president of the Senate.  They asked for an appointment to speak with him and got one.  Some are saying their advocacy made the difference in legislation being altered in the favor of the consumer.

Last evening, several people who are involved in Special Gathering from a couple of states met for dinner.  We are a ministry whose mission is evangelizing and discipling people who are intellectually delayed.  One of the SpG volunteers also heads an agency.  “We only get paid for three days of rehab now for Jill and others.  Therefore, we have to be pretty creative with the days for which we are paid.  The other days have to be even more creative,” she said, laughing. Even though she was laughing, I have seen the toll this financial strain has taken on the agency and their employees.

This agency is determined to not enter a “survival mode” mentality.  However, others have had to simply try to find ways to exist.   The uncertainty of funding does play on the minds of people who are mentally challenged.  They are aware of the pending difficulties.

Job loss, increasing food and gas prices, elections and war put a strain on all of us.  It may be good to give ourselves daily pep talks.  Our stability does not depend on the government or any other circumstance.  Our stability comes from the Lord.   Perhaps the main thing we can do is to continually reassurance ourselves and others that God has a plan and that He will protect us if we remain faithful to Him. 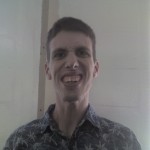