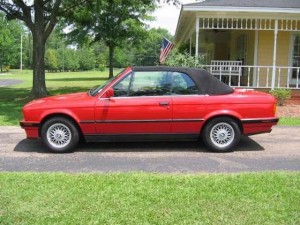 A wealthy farmer in a small town in South Carolina bought his son a new red BMW for his sixteenth birthday.  The boy took the car out one night, got drunk and totalled it.

The next day, this father took the errant son to the car dealer and purchased another BMW; but this time made him settle for a black one as punishment.  That’s cheap grace.

A young mother who knew that her daughter became hyper and obnoxious when she ate sugar and sugar products allowed herself to be coerced into buying the five-year old a candy bar because she started to scream in the store.  “I can’t stand to have her cry.  I just love her too much,” the mother told the cashier.  That’s cheap grace.

The Baptist Sunday school teacher proclaimed, “Now that we’ve been saved, we can do anything we want to do.”  That’s cheap grace.

You’ll be tempted, tried and tested.

There’ll be wars the devil wins,

But God’s love is not a license

To lie down in your sins.

He understands the human heart.

His mercy is complete.

But his grace is not intended

As a place to wipe your feet.

Too often the Church has said by our actions that God’s grace is no longer a valuable commodity but that is a lie.

Several years ago I hurt a close friend by saying some thoughtless remarks in front of others.  While I realized at the time she was wounded, I didn’t comprehend the extent of damage my words had done until several weeks later.  She was deeply hurt by the inappropriate words.  When the extent of the damage was drawn to my attention, I apologized and I tried to go back to make restitution but months had passed. I knew that the opinions of other people had been formed based on my faulty information.  A relationship which had taken 10 years to build was severely damaged by my careless tongue. 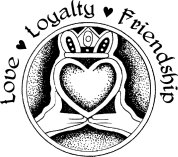 While we both resolved to begin again, things were different.  Friendship must be built on mutual trust. When that trust is broken, the two parties have to determine to repair the breach.  Is there an invisible guard up when I was around?  I had to admit that I would have a shield up, if I were she.  I had not valued her friendship enough to watch my tongue.

She f0rgave me.  But it took me years to walk through the process of accepting her forgiveness and forgiving myself.

Our relationship with God is much the same.  While the foundation and building stones were mined solely from God’s unmerited favor, His grace, we aren’t given free reign to do as we choose.

There are consequences to each word and deed.  Seeds are sown.  Habits are formed. Cheap grace may exist in the worldly system where we dwell; but God’s grace is never cheap.   His only Son paid a great price for the grace so generously offered to us.