On Feeling at Home in the Family 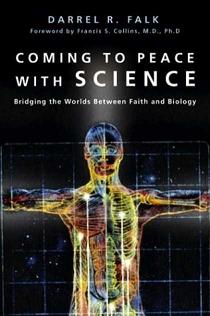 The greatest joy of my life is being with family. This is especially true, of course, of my natural family, but it extends much more broadly than that. In my book, Coming to Peace With Science

, I write about my return to evangelical Christianity after a departure caused in part by my views on evolution. What I missed most during those several years away was the joy of being with family. In those early years after my return, we would often sing a chorus, “I’m so glad I’m a part of the family of God.” While we were singing, we’d just spontaneously wander around from person to person shaking hands and warmly smiling as we celebrated being a part of the same family. It was that longing for family that brought me back to the Church and caused me to stay even though I believed in evolution and most of them didn’t. It made no difference. Thousands of miles from our natural family, we, my wife Joyce and I, together with our two daughters, had found a larger family; we had found a home.

Several weeks ago, I talked with Karl Giberson after he had visited the Creation Museum in Kentucky. As I asked him about the experience, I expected he would make some light-hearted remark about the dinosaurs with saddles or the vegetarian lions. Instead, I was struck with how much he loved the serene setting. It was almost like he felt at home there, and his thoughts turned to his own daughters and to his wife, Myrna, with whom he wished he could share the experience.

I had a similar experience last weekend when I visited a seminar put on by the Institute for Creation Research (ICR), at John MacArthur’s church in greater Los Angeles. I loved being there, and what I enjoyed most of all was the sense of being with family. After the daylong conference, friends of mine who attend this church invited me to their home along with about 50 guests to explain the scientific view of the creation story. My task was to explain the view that the earth was old and that God had created all life, including humans, through an evolutionary process. Even though I had never met most of these people before, I felt at home. I was with family.

They asked me to talk about the data that ran contrary to what they had heard throughout the day and they listened intently as I showed them the genetic evidence for evolution. They smiled with me at lighter moments, and they were as deeply moved as I was as we thought together about the richness and beauty of the story of Adam and Eve. In the end, they wrote their questions on cards and we had a meaningful discussion period. I loved their questions. They really wanted to understand and were especially concerned about the theological implications of the data I had just presented. They were skeptical about whether they could believe the science, largely because it seemed to them it would disrupt the theology upon which their lives had been grounded. They lovingly listened as we thought together about the theological implications. Throughout the evening, I never stopped feeling like I was with family–a warm and loving family.

The next morning I sat down over breakfast with my two friends who had only recently let go of their young earth position. It had not been easy for them, and was not easy for others I know who have recently made the shift. However now, with the process further along, they tell me it has greatly enriched their sense of awe for the beauty of creation and for the God who is responsible for it all. As I thought further about the preceding day and the delightful evening I had enjoyed so much, I concluded the following:

As the ICR seminar began last Saturday morning, Henry Morris III, the CEO of the organization, said that the real enemy of the church is not atheists, it is people like myself–people who had reached a compromise between the Bible and science. Despite his sentiment, I continued to feel at home there. As I listened to his message at the end of the day, I applauded with everyone else. He was preaching the gospel message that I believe too. In fact so powerful was his message that I felt like leading the way to a standing ovation…it was a beautiful message that had absolutely nothing to do with the age of the earth or the mechanism by which God had created humans. He might think people like me are the enemy, but I think of him as a brother who just doesn’t understand how clear the data is.

My task, and the task of others like me, is to help members of the family who want to listen come to understand that whether God set up and maintains a process by which creation takes place gradually or whether God did it in an instant makes no difference. Sure, there will be some tweaking of theology so it is a little less subject to our very human misinterpretations. Sure, there will need to be some changes in how we understand scripture to bring it into a framework that is more consistent with how God intends to speak to us through scripture. The fact is that the day is coming–and I suspect it is not that far away– when most in the Church will wonder why we ever struggled with this issue in God’s family.

We’ll get on with the task of that which matters most of all: providing a home for those who need a family–being the family of God, for those who want a home. 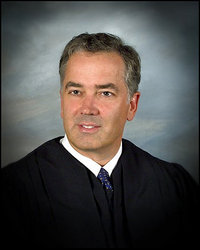