The Deep Aesthetic of Nature 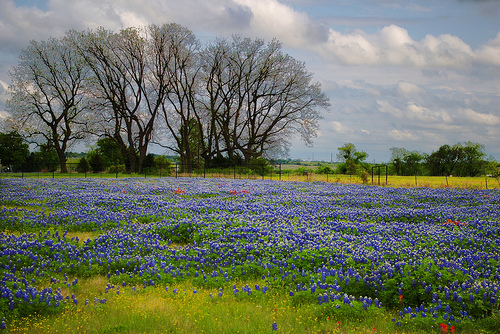 We have all experienced, in one form or another, the beauty and awe of the natural world around us. Whether it be standing amongst a field of wildflowers, gazing down from atop a mountain, or pausing to listen to the songs of birds along a wooded path, there is something inspiring, therapeutic, and indescribable about nature. Yet, is there a reason for our love of nature? Why, as Karl Giberson asks in his book Saving Darwin, do we find brightly colored cars on asphalt to be unattractive, yet brightly colored flowers in a green meadow to be beautiful? Scientist E.O. Wilson has described this love of nature as biophilia and has looked for evolutionary explanations of the phenomenon. But how far will such studies go?

From a scientific approach, this awe of nature can seem confusing and may prove difficult to explain.  But just because we cannot easily explain it now does not mean that a good scientific explanation will not come forward in the future.  If such a day does come, we will need to remember how to distinguish between an explanation of how we developed this sense of awe with the question of why we developed it, or of whom we have to thank for it.  Quoting an example from Sir Arthur Eddington, Giberson compares science to a fisherman’s net that can catch larger fish but not smaller ones. Just because the net cannot catch a certain fish does not mean it does not exist. Yes, science is an effective source of knowledge, but it is not the only one, and it does not offer an answer to every type of question.

Conversely, however, the beauty of nature does not necessarily mean that everything we see is the direct handiwork of God, at least not in the conventional idea of a designer crafting by hand everything we see. As Giberson noted in his post earlier this week, there are too many examples of waste, cruelty, and bad design in the natural world to fit into the standard creationist scenario. Yet, we can still see God in the grandeur of the world around us. God may not have been the chief engineer of all that we see in nature — both good and bad — yet his indelible signature can be found in its marvelous creativity and aesthetic depth.