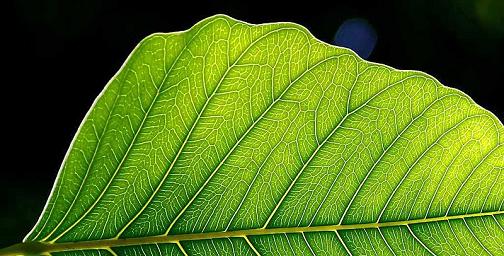 Every Friday, “Science and the Sacred” features an essay
from a guest voice in the science and religion dialogue. This week’s
guest entry was written by Mike Tice. Tice is a geobiologist and Assistant Professor in the Department of Geology & Geophysics at Texas A&M University. He conducts research on the evolution of the earliest forms of life on Earth and the ways in which life and the environment have shaped each other through deep time. He is also interested in exploring the interface between the theory of evolution and the Christian doctrine of creation.

In the mid-seventeenth century, John Mayow conducted a series of experiments in which he showed that burning candles in bell jars consumed one-fifth of the enclosed air before extinguishing. Remarkably, mice placed in bell jars did exactly the same thing (although the conclusions of these experiments were rather more terminal for the living subjects than for the candles). He concluded that a substance making up 20% of air was necessary for both combustion and respiration. He named the mystery gas ‘nitroaerus.’ More than a century later, Joseph Priestley showed that a mouse in a closed container would not die if a plant was included. Apparently plants were capable of restoring nitroaerus, which Priestley called “dephlogisticated air,” removed by animals.

In 1774, the French chemist Antoine Lavoisier replicated the relevant experiments in more controlled ways to demonstrate that mass was conserved during combustion. He also renamed the part of the air that burned ‘oxygène.’ English scientists resisted the French scientist’s new name, not least because the English Priestly had already published his discovery of the gas. ‘Oxygen’ nonetheless entered the common English vocabulary in part due to one of the first popular science books, The Botanic Garden

(1791), which included a poem praising the gas using the preferred French name. By coincidence, this book also promoted some early ideas about biological evolution (specifically, it suggested that sexual reproduction might be important to evolution, which might help to explain the popularity of a book of poems about science). It was written by Erasmus Darwin, the grandfather of Charles Darwin, who first proposed the modern form of the theory of biological evolution in his 1859 book, On the Origin of Species.

150 years later, we are discovering that the lines connecting evolution and oxygen run deeper than the Darwin family tree. We now know, for instance, that for roughly half of the Earth’s 4.6-billion-years of history, there was little to no oxygen in the atmosphere. Instead, oxygen entered the atmosphere in two major pulses, with one between 2.4 and 2.2 billion years ago, and another between 0.8 and 0.54 billion years ago. Recent evidence suggests that the first pulse may have actually been the largest event in a series of fits and starts beginning at around 2.7 billion years ago that finally produced a stable low oxygen atmosphere by around 1.8 billion years ago.

Remarkably, both episodes of atmospheric oxygenation happened just before explosions in biological diversity. We have spotty evidence of unicellular eukaryotes (cells with nuclei) before 2.4 billion years ago, but the first fossil evidence for large, diverse eukaryotic communities comes at 1.5 billion years ago. If you are a human, this is part of your history; humans are multicellular eukaryotes descended from one of these early unicellular pioneers. Multicellular animal life is an innovation that seems to have required more oxygen: animals don’t appear in the fossil record until about 0.61 billion years ago, toward the end of the second pulse of oxygen.

It is, perhaps, not surprising that major evolutionary events in the eukaryotic family tree, including the origin and diversification of the animals, would be tied to or even driven by major changes in atmospheric oxygen abundance. Eukaryotes generally, and animals specifically, are oxygen lovers. As the subjects of Mayow and Priestly died to prove, we require oxygen for respiration. In general, the larger and more organizationally complex we are (for instance, a human versus a slime mold), the more oxygen we require.

But where did all the oxygen come from? Ultimately, it was produced by the bacterial equivalents of the plants in Joseph Priestley’s experiment, a group of photosynthetic microbes called the cyanobacteria. These bacteria are the first and only organisms to have evolved the ability to produce oxygen by photosynthesis. In fact, plants are able to photosynthesize only because their cells harbor descendants of one of the early cyanobacteria. We call them chloroplasts and think of them as little cellular organs, but they are actually the great-great-great… granddaughters of a cyanobacterium that long ago gave up its independence in exchange for the stable environment inside a eukaryotic cell. In any case, photosynthesis is the only known geological process capable of producing oxygen at the rates required for the two pulses of atmospheric oxygenation. The first pulse was probably largely accomplished by cyanobacteria, while the second pulse was probably mostly associated with the cyanobacterial denizens of eukaryotic algae.

What is remarkable about all of this is the extent to which modern life and the atmosphere are products of each other’s evolution. The tiniest of photosynthetic organisms played one of the most important roles in shaping the sky, and the sky helped to usher in the age of animals! As a Christian and a geobiologist, I do not believe that this relationship is anticipated or predicted by the Biblical creation accounts.

But then again, why should it have been? The original audience for these accounts would have found concepts like bacteria or even oxygen incomprehensible. The people for whom the Bible was originally addressed thought about origins primarily in terms of ongoing national conflicts and the current human condition. Faced with a variety of violent creation myths that reinforced national conflicts, Genesis said that the universe was created to be good, peaceful, and orderly by one god. It specifically listed things worshipped by other nations as creatures of that god, and in the climax of the creation account, Abraham was called by the same god to be a blessing to all the nations through Israel.

I am not claiming that the Bible cannot be read in a way that can shape us in real and meaningful ways today. In fact, for those who believe that the Bible is inspired, part of the meaning of inspiration has to be that the Bible is God’s powerful word to both those with no concept of modern science (most of the world’s population, both today and in the past) and to those deeply engaged in its practice. But, and this is a big but, we contemporary Americans read the Bible best when we are sensitive to the assumptions of the original audience, carefully observe how the Bible transformed those assumptions, and look for opportunities to do the same thing with our thinking.

I think that it is important for Christians to reflect on the view of origins that science has given us in light of the thinking evident in the Biblical creation accounts. We have to do this because science gives us a story that is inherently without philosophical or theological meaning; it is up to us to give it meaning by understanding it in relationship with our beliefs. For instance, some see the evolutionary history of life and the Earth and give that history meaning by elevating chance and necessity to the level of prime actors in their own modern creation account. This meaning is not inherent to the theory of evolution; it is supplied by an atheistic belief system external to the theory. I suggest that this view mistakes created things (chance and necessity) for the Creator.

Others have preferred to see the regularity of the universe as the action of an orderly God. This is an old approach to natural theology that was popular among many early scientists, and saw God as responsible for doing such things as maintaining the planets in consistent paths around the sun. Still others look for God in the unexplained. This is a newer approach that sees God as acting primarily in short bursts not explainable by the regular, orderly function of the universe. Looking for God in these ways is a little like trying to capture him in a bell jar, an approach that worked perfectly well with oxygen for Mayow, Priestley, and Lavoisier, but one that is unlikely to impress the Creator described in the Bible.

I prefer to see the same history in the light of a God who desires to share aspects of his nature with his creation, notably including his creativity. Just as he has made humans to be creators (with a little ‘c’), he has given the rest of our world the gift of being instrumental in its own creation through the process of evolution. This surely must have been part of what God saw when he described his creation as good! It is my hope that the modern American church can learn to see the goodness of creation in things like the evolutionary history of life and the atmosphere, as well.

An Artist or An Engineer?
archives most recent
More from Beliefnet and our partners
previous posts