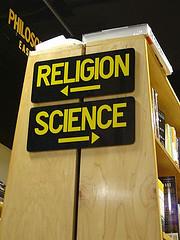 Many evangelicals do not seriously deal with evolution until their post-secondary education.  For some, coming face to face with the evidence for evolution can be a threatening and faith-shaking experience. For others, finding harmony between faith and evolution is natural and affirming.

On his blog An Evangelical Dialogue on Evolution, Steve Martin has started a series titled “Evangelicals and Evolution – A Student’s Perspective”, which will look at the stories of five post-secondary students and their perspectives on evolution. Three of the students will talk specifically on how they came to reconcile their faith with evolution.

The first post, by University of Michigan Ph.D. student Ryan Bebej, tells how his undergraduate studies at Calvin College led him from being an anti-evolutionist to pursuing a graduate degree in the evolution and paleontology of mammals without losing his faith. Ryan discusses the building evidence for evolution that he learned in his biology classes at Calvin, from the basic mechanisms of population genetics to the geological basis for an old earth to the existence of transitional fossils.

Yet for Ryan, the biggest struggle was how to fit evolution into his own personal faith:

But even as I began to accept that evolution was a real phenomenon, I still wasn’t sure how this could be reconciled with my Christian beliefs. Growing up, I had always thought that there were two positions: you were either an atheistic evolutionist or you were a Christian who was opposed to evolution–there was no middle ground. Fortunately, my Calvin professors in both the science and religion departments demonstrated to me that there are many people who don’t fall into these two polarized camps. There are many Christians who agree with the findings of the greater scientific community, while managing to retain–and even grow and strengthen–their faith. This revelation opened up a whole new set of doors to me that I had no idea even existed.

In his book Saving Darwin, Karl Giberson also discusses his journey from young earth creationism to accepting evolution. Like Ryan, Giberson began to see the overwhelming support for modern science in college. “As I studied science and mathematics,” he writes in the introduction, “I began to doubt that science could have gotten everything as thoroughly wrong as the creationists suggested.”

Yet Giberson also struggled to fit evolution into his faith. Ultimately, he found that while evolution did have implications for the historicity of the creation story, it did nothing to disprove the existence of God or deny him a role in creation. Christianity, he came to conclude, is about Christ, a belief that was not challenged by Darwin’s theory.

Darrel Falk, too, struggled with harmonizing his faith with evolution is college. In his book Coming to Peace with Science, he writes about how he initially avoided studying biology in college for fear that it would force him to consider the idea of evolution and jeopardize his faith. Yet after taking a mandatory entry-level biology class, Falk found that — rather than faith-shaking and terrifying — biology was beautiful and awe-inspiring:

I had never imagined that anything could be so elegant as the orchestrated dances that take place inside microscopic cells. The process of protein synthesis seemed to me more beautiful than the most glorious ballet. The living processes of a single cell, and the unfolding and coordination of the plan for a developing embryo were like a magnificent symphony, and I felt that I would never be able to find greater intellectual joy than I would by spending the rest of my life studying its orchestration.

This realization of the beauty of biology and evolution — combined with Falk’s realization that biologists were not conspirators seeking to overthrow Christianity but merely individuals who, like him, “loved doing experiments and getting answers to the laboratory questions they posed” — led him to realize that, rather than destroy his faith, science could be wonderfully compatible with it.

Unfortunately, not every student comes to accept the compatibility of evolution and faith in college. As Ryan Bebej notes in his post:

I often wonder how my faith would have been affected had I been confronted with the evidence of evolution somewhere other than Calvin. If I had not had the support and encouragement of such understanding Christian professors who cared deeply about my personal and spiritual development, my faith might not have remained intact. But by God’s grace, I was in just the right place at just the right time, and today I take great pleasure in studying the long history of life in God’s creation.

What of those students, however, who are not in the “right place at just the right time”? As we have noted before, The BioLogos Foundation hopes that all young Christians, not just a lucky few, can see the beautiful harmony of science and faith. It may seem a daunting task. Yet it is also a necessary one.

Do you have a personal story about reconciling your faith with evolution? If so, please feel free to share it with us in the comment section below.