The Necessity of Faith 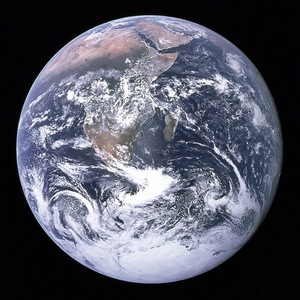 Every Monday, “Science and the Sacred” features an essay from one of
The BioLogos Foundation’s leaders: Francis Collins, Karl Giberson and
Darrel Falk. Today’s entry was written by Karl Giberson.

Some Christians apparently believe that faith is a bad word.

At least it seems this way when they ridicule science because it is based on probabilities and celebrate the “absolute” truth of their religious convictions, happy that none of those beliefs are simply based on faith.

I was reminded of this when I got a newsletter this morning from Worldview Weekend, an organization that claims to bring together “today’s greatest Christian thinkers” and “encourage believers in the intelligence of our Christian worldview.”

The newsletter had an anti-evolution article that contained the following argument: “When did life appear on the earth? Was it billions of years ago, or was it something like 6,000 years ago? The Smithsonian doesn’t know… They use the word ‘probably’ when it comes to when life began, which is probably the most used word when it comes to the theory of evolution.”

The folly of believing in something that is “probably” true is driven home in the Worldview Weekend newsletter with the following analogy: “Imagine stepping into a plane that you believed was ‘probably’ safe, or into an elevator that has cables that are ‘probably’ secure.”

These reckless actions, however, are exactly “what the evolution believer does. He believes that earth probably began billions of years ago…”

However, Worldview Weekend claims that unlike the reckless traveler who foolishly boards airplanes that are only probably safe or gets onto elevators without infinitely strong cables, the evolutionist places much more at risk than her life, for she, because of her belief in evolution, “whole-heartedly rejects the Bible’s account of creation and consequently its offer of Heaven and warning of Hell. All because of probably.”

This argument is widely used to undermine any science that one does not like. For years, cigarette companies used the same reasoning to reject the link between smoking and cancer: “This whole question of cause and effect deducted on a statistical basis is subject to the greatest fallacies,” said spokesperson for the cigarette companies Max Cutler years ago when trying to undermine the growing evidence of a link between smoking and cancer. We can ignore these results, suggested Cutler, because they are only “probably” true. Today we find similar arguments used to undermine the emerging connection between global warming and the burning of fossil fuels.

This kind of argument sounds good, but it is based on the profoundly wrong but widely held common sense intuition that there is some body of absolute knowledge out there that we can access and use as a standard. Alas, there is no such knowledge, even when it comes to the safety of the planes we fly. An airplane is pronounced “safe and ready to fly” when the probability that there will be a serious problem is low enough. But planes are complex machines, with valves, seals and computers that don’t always work and pilots that sometimes have heart attacks. Sometimes something goes wrong, but because it “probably” won’t, most people board planes with minimal worry. And, despite the fact that planes are only “probably” safe, air travel is one of the safest ways to get from point A to point B. In contrast, the probability of arriving safely at your destination when being shot from a cannon is much lower, which is why that mode of transportation is so much less popular.

And life probably began on Earth 3-4 billion years ago.

To reject conclusions simply because they are based on probabilities is to reject all of science, and indeed to reject almost everything we need to function in our daily lives. This is not wise.

The same kind of wisdom is needed for our faith in God. We have no absolute knowledge of God, which is why faith is so important that it is often called a “gift.” Our religious traditions, like our sciences, are chock full of probabilities. Consider the Bible that you read. The translators probably used the best English words when they were translating from the ancient languages. The manuscripts they used were probably the best ones available. The canon they inherited probably has the right books in it. The ancient scribes who copied those manuscripts probably knew what they were doing, and so on.

We live by faith. Sometimes we need a lot of faith. Søren Kierkegaard, a 19th century Danish philosopher, celebrated Abraham as a “Knight of Faith,” for example, because he was able to believe that it was God’s plan for him to kill his son. Sometimes we need very little faith, like when we choose to travel on a plane.

Faith is a central and defining feature of the grand mystery of our existence. We should celebrate faith, not flee from it. The God we worship in faith as Christians is the same God that created the world we study as scientists. And that science, while just probably true, tells us much about the world God created.

So have faith — in God, in science and in the conviction that they complement each other.

Karl Giberson is executive vice president of The BioLogos Foundation and director of the Forum on Faith and Science at Gordon College in Wenham, Mass. 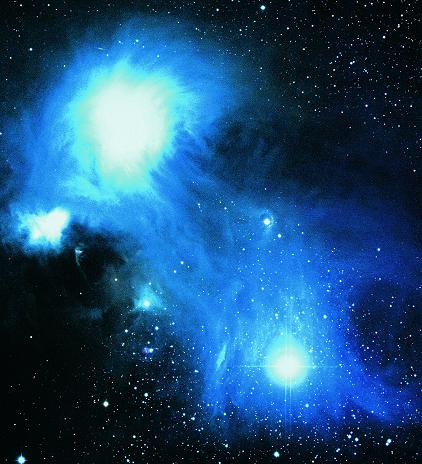