The Question of Altruism 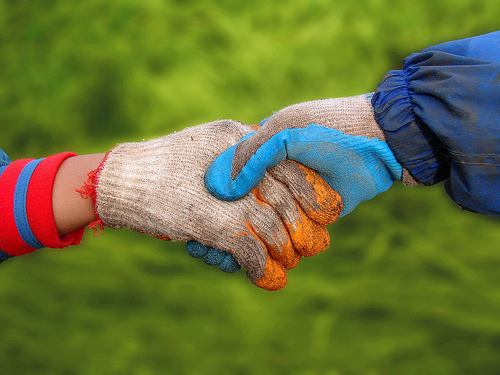 Source: sweetcaroline / Flickr / All Rights Reserved
Acts of altruism seem to pose a problem to the idea of a strict “survival of the fittest.”  After all, how does a soldier throwing himself on a grenade to save others increase his chances of passing on his genes?  Why would a man risk everything to protect thousands of Jews from Nazi forces during World War II, ultimately dying peniless?

This is not to say that altruism defies scientific explanation.  In fact, recent studies on human psychology and behavior seem to point to the idea that perhaps the term “survival of the nicest” may be a better way to describe our actions.  One recent study conducted by The University of Nottingham found that both men and women look for altruistic traits in potential mates.  Women especially place far more emphasis on altruism than any other characteristics.

Perhaps the problem instead lies with the scale at which we evaluate altruism.  While a truly selfless act may not help an individual’s genes, such actions can further what Dawkins calls a meme, a unit of cultural evolution analogous to a gene.  Framed in this way, altruism seems perfectly fitting with the concept of “survival of the fittest.”

However, maybe this inclination towards altruism points to something outside evolutionary explanation.  Evidence of altruistic behavior outside kin relationships is scarce in the animal world.  When it does occur, the act most often grounds itself in reciprocity, the idea of “you scratch my back, I scratch yours.”  Why are humans, then, drawn to selfless love for others that are not kin, even at risk to their own lives?  Could these actions be the evidence of Moral Law, the “Image of God” bestowed to human beings by a divine creator?

What do you think?  Does altruism come from “survival of the nicest,” from memes, or as a gift from the creator?  For more, be sure to check out Question 18 on The Image of God at www.biologos.org.

What about Galileo?
archives most recent
More from Beliefnet and our partners
previous posts