William James was a Wii designer

Via Andrew, here’s a pretty interesting commentary by Jonah Lehrer in praise of the Wii as a videogame experience that fully engages the emotion because it engages the body in ways other videogame systems do not. Excerpt:

To understand how the Wii turns stupid arcade games into a passionate experience, we have to revisit an old theory of emotion, first proposed by William James. In his 1884 article “What is an emotion?” James argued that all of our mental feelings actually begin in the body. Although our emotions feel ephemeral, they are rooted in the movements of our muscles and the palpitations of our flesh. Typical of his work, James’ evidence consisted of vivid examples stolen straight from real life, such as a person encountering a bear in the woods.

“What kind of an emotion of fear would be left,” James wondered, “if the feeling of quickened heart beats nor of shallow breathing, neither of trembling lips nor of weakened limbs, neither of goose bumps nor of visceral stirrings, were present?” James’ answer was simple: without the body there would be no fear, for an emotion begins as the perception of a bodily change. When it comes to the drama of feelings, our flesh is the main stage. 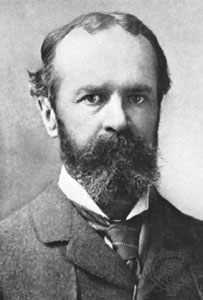 For most of the 20th century, James’ theory of bodily emotions was ignored. It just seemed too implausible. But in the early 1980s, the neuroscientist Antonio Damasio realized that James was mostly right: Many of our emotions are preceded by changes in our physical body. Damasio came to this conclusion after studying neurological patients who, after suffering damage in their orbitoprefrontal cortex or somatosensory cortex, were unable to experience any emotion at all. Why not? The tight connection between the mind and body had been broken. Even though these patients could still feel their flesh–they weren’t paraplegic–they could no longer use their body to generate feelings. And if you can’t produce the bodily symptoms of an emotion–the swelling tear ducts of sadness, or the elevated heart rate of fear–then you can’t feel the emotion. As Damasio notes, “The mind is embodied, not just embrained.”

To get what Lehrer’s talking about here, you have to grasp this fact about the Wii:

The Wii changed everything. Unlike every other game console, the Wii controller isn’t built around a confusing alphabet of buttons. Instead, Nintendo uses some nifty bluetooth technology to translate our body movements directly onto the screen. When we swing our arms, a baseball bat moves. When we make a jabbing motion, Super Mario lands a punch. It doesn’t matter if we’re bowling or golfing or imitating Jimi on Guitar Hero: the video game console requires that our body is always moving. We might even break a sweat.

This makes sense to me, especially because we have a Wii. I don’t play it much myself, but I really, really enjoy Wii Tennis, because you really do have to move to play well. You don’t move a lot, of course, but even the relatively slight movements you make draw you into the game in ways that merely sitting down twiddling your fingers on a controller knob would not.
All this has a religious dimension too. Might we even say that the PlayStation is Protestant, and Wii is Catholic/Orthodox? Don’t laugh. A few years back, when I was still a Catholic, and had been for a few years, I went to a wedding in a Baptist church. Strangely enough, it was the first time I’d been into a Protestant church since I became Catholic. I genuflected out of habit before I reached my pew, which no doubt caught the eye of the Baptists. It was inappropriate to genuflect; the Blessed Sacrament wasn’t reserved near the altar. But as I waited for the wedding to begin, I reflected on why I had genuflected out of habit, and what that said about the way my religious sensibility had changed. Years of genuflecting in the presence of the Blessed Sacrament, and standing and kneeling at liturgically appropriate times, and crossing myself, and praying while standing or kneeling in front of crucifixes and statues, had changed me. Having conditioned myself to have particular physical and emotional reactions when confronted by things imbued with divinity (and by things, I mean not only objects, but liturgical acts) had altered my religious sensibility. I sat in that Baptist service knowing in my head that God was being praised there, and that something of religious significance was happening, but I couldn’t feel it. It had nothing to do with my thoughts about Baptist theology. It had everything to do with the mind-body connection, and how I had come to experience faith by integrating bodily actions with theological conviction.

Orthodox Christianity works the same way, and may even be more intense, because we have prostrations, an even more extreme way of uniting the body with worship. I have seen Catholic worshipers walking relatively long distances on their knees, approaching the divine with extreme humility. It makes theological sense from a Catholic/Orthodox point of view, which holds that divinity is mediated by matter in ways we don’t fully understand. While grasping the basic Scriptural truth that there is some division between flesh and spirit, sacramental theology, broadly speaking, does not accept the Cartesian mind-body split. I am outside my theological competence in saying much more about this, but I think there’s a profound anthropological truth implied by the Orthodox teaching that salvation is essentially a matter of repairing the world — not justifying the individual sinner before God as the Ultimate Jurist, but in restoring body and spirit to the harmonious state in which we lived before the Fall. Salvation is not just something that involves our souls, but also our bodies. The fasts, the prostrations, and all the physicality of Orthodox worship exists to bring our minds, our hearts and our souls in harmony with each other, and ultimately, with God.
The reason I bring that up here, in a discussion about why the Wii is a qualitatively different videogaming experience, is because from a non-theological point of view, what Lehrer writes about explains why sacramental Christianity is so very different in practice from Protestant Christianity, which is so cerebral. It may explain too why so many Catholics (I don’t know about Orthodox, but I imagine it’s true for them too) find it so difficult to imagine themselves worshiping fully in a Protestant tradition. If you’ve spent years worshiping ritualistically, crossing yourselves, prostrating yourself, and approaching the bread and the wine as if it really were Divinity itself, it’s going to be hard for reasons a neuroscientist can explain to leave that behind.
It might also help explain why the Pentecostal form of Protestantism is exploding worldwide. Even within a non-sacramental form of Christianity, the body can only be denied for so long.
I wish it didn’t need saying, but I’ll say it: none of this should be taken as a personal attack on Protestantism, as somebody is bound to do. I only want to introduce these ideas into conversation. A Protestant might reply that the apparent fact that the body responds a certain way to a particular kind of worship doesn’t mean the theology behind that form of worship is true — and he would be indisputably right. But the question of whether or not the body is meant to be more or less involved in the act of worship itself raises interesting theological questions. Which is my point in this post.
read next post