What if we don’t grow economically?

People like me, who chafe at the “no limits” ideology that characterizes contemporary America, rarely if ever think about what life would be like if we ceased to have economic growth. Well, Nate Hagens over at the Oil Drum has been thinking about it, and points out that nobody is considering the possibility that currently stricken economies might not grow for some time. He writes:

To me, one of the most surreal phenomena one encounters these days is that no country, no established economic research institute (that I’m aware of), and no international organization (such as the IMF) publicly discusses scenarios that don’t plan for a return to stable economic (GDP) growth. Even Greece’s government, after 2012, expects growth, which would allow the country to slowly reduce its monster debt load. Similarly, the U.S. government forecasts annual average (real) growth rates of 4.4% for the years 2012-2014, and 2.4% thereafter until 2020. This theme is globally ubiquitous.

Our current world is about as prepared for “no growth” as is a fish to walk on land. All our current claims systems, the credit outstanding, including government debt, our pension expectations, our savings, our hopes and dreams, are mostly focused on a “there will be more tomorrow” mentality. Should this “more” disappear as a possibility, we will likely not just see small implications, but rather a disruptive destruction of both perceived wealth and security, accompanied by the shattering of hopes and dreams, the perception alone which might cause further trouble in our highly complex societies. Choosing to go forward to a world with different aspirations than growth might have some unexpected positive surprises. But one could argue the worst will happen if we run into such a world completely unprepared. This is why we urgently need policymakers to face the risk of “no-growth,” to understand possible implications and to work on transition approaches.

It’s not hard to understand why politicians aren’t talking about the idea that what we’re living through now is the New Normal. But what if it is? Hagens’ piece made me think about how most of us just assume that as bad as things are now, they’re going to stabilize before too much longer, and growth will resume. But why do we assume that?
Incidentally, Hagens points out that Lloyds of London is now warning that the world underestimates the economic impact from peak oil. If the global economy does return to form, we’ll be right back in the vise we were in a couple of summers ago, when the oil supply was barely able to keep up with the demand. Remember, “peak oil” doesn’t mean that there’s no oil left, but that the supply of oil that’s cheaply extractable can no longer meet global demand, pushing prices into the stratosphere.
Oh, and by the way, hope you didn’t miss this NYT story over the weekend:

The sovereign debt crisis would seem to create worry enough for European banks, but there is another gathering threat that has not garnered as much notice: the trillions of dollars in short-term borrowing that institutions around the world must repay or roll over in the next two years.
The European Central Bank, the Bank of England and the International Monetary Fund have all recently warned of a looming crunch, especially in Europe, where banks have enough trouble raising money as it is.
Their concern is that banks hungry for refinancing will compete with governments — which also must roll over huge sums — for the bond market’s favor. As a result, credit for business and consumers could become more costly and scarce, with unpleasant consequences for economic growth.
“There is a cliff we are racing toward — it’s huge,” said Richard Barwell, an economist at Royal Bank of Scotland and formerly a senior economist at the Bank of England, Britain’s central bank. “No one seems to be talking about it that much.” But, he added, “it’s of first-order importance for lending and output.” 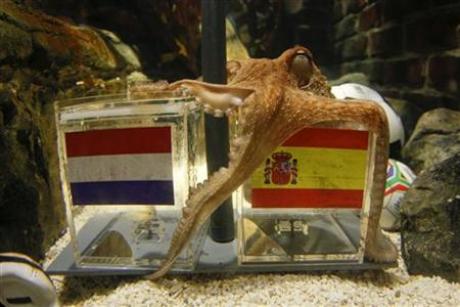