How old are we? Ask Hall & Oates

… that, as Bruce Sterling points out, we are closer to the year 2050 than we are to Woodstock. Fine with me; the further we get away from that cultural debacle, the better. But still.
Today I was in a meeting at the office, and a colleague mentioned that Hall & Oates had played at a conference she recently attended. Most of the people at that meeting were so young they had no idea who Hall & Oates were. 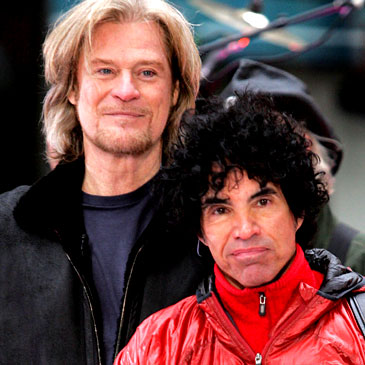 I was born in 1967, which makes me 43. A man who was 43 on the day I was born would have himself been born in 1924. That was the year Calvin Coolidge was elected president. Now, to take the ferry cost a nickel, and in those days, nickels had pictures of bumblebees on ’em. “Give me five bees for a quarter,” you’d say. Now where were we? Oh yeah: the important thing was I had an onion on my belt, which was the style at the time.

Shoot me now.
read next post
Who cares where LeBron James goes?
archives most recent
More from Beliefnet and our partners
previous posts