Via The Browser, here’s a really good slice-of-life portrait of a small, rural Kentucky town where most people are obese. Excerpts:

The residents of this town of 2,100 — 95 miles southeast of Lexington and deep in the Appalachian foothills — indeed appear to celebrate the joys of community closeness. The bake sales, the volunteering. But it’s what goes uncelebrated, and even ignored, here that has become Manchester’s defining feature: In an increasingly unhealthy country, it is one of the unhealthiest places of all.
The national obesity rate for adults is 24 percent; in Manchester and surrounding Clay County, it’s been estimated to be as high as 52 percent. In a study of the healthiness of Kentucky’s 120 counties, Clay County ranked dead last, with 41 percent of the population classified as in poor or fair health.

There is no YMCA or YWCA here.
There is no department of parks and recreation.
There is no fancy dues-paying gym with energy drinks and literature about healthful eating habits.
“I just don’t know a lot about obesity,” confesses Mayor Carmen Lewis. She ponders what unchecked obesity might mean to the future: “Until you realize it, you’re blinded. Then you get to an age where you suddenly say, ‘Oh, my God! What have I done to myself?’ ”

Charlie Rawlins loathes every fast-food joint in Manchester.
He might be the town apostate. He used to be “like, way overweight, man,” tipping the scales at 251 pounds. He’s 5 feet 9 inches tall. He’s 20 years old. The weight caused so much pain on his knees that he had to undergo several knee surgeries. Now he’s down to 185 pounds, and could a person be any prouder of himself?
Charlie began speaking out about the fast-food places to friends a while ago. “I realized that no one was going to listen to me,” he says. He educated himself about nutrition. “I started going in for the fruits, the asparagus, making my own salads.” He realized he could live without the large boxes of sweets he used to load up on at Wal-Mart. “The kids around here, they’ll eat cornbread and taters for lunch. They’ll get a 20-piece chicken meal. It’s killing them.”
He knows these kids. He waits for them to come see him where he works. They don’t. He is a personal trainer at Clay County Physical Therapy, a small space affiliated with a local hospital. It is not advertised as a gym, because it’s mostly for physical therapy. He figures there’s a reason that people don’t come, a lack of resources. It costs $25 a month for individuals and $40 a month for families. “Which is a bargain,” he proclaims. “I mean, look how much money these families around here spend on fast food!”
But they don’t come.

A researcher interviewed for the story says you cannot blame this wholly on genetics, because the one-third increase in childhood obesity observed since 1980 cannot possibly be explained entirely by genes. So, what is it?
I believe that it’s mostly a matter of culture. If the people of this town weren’t extraordinarily obese in the past, what happened? The story says there’s no YMCA or parks, but those things didn’t exist in the past either, and half the people in town weren’t obese. That Charlie Rawlins shows that it is possible to live in the town and be at a healthy weight, but you have to want to do it hard enough to avoid the temptations to comfort and ease. You have to be willing to walk. You have to be willing to avoid the pleasures of fatty, starchy food. You have to care more about your health than you do satisfying your immediate cravings. I don’t buy this idea that half the people in town are helpless in the face of their obesity. I would also be skeptical of the idea that most people don’t come to Charlie’s gym because of a lack of resources. A family membership is $10 per week. You can’t take your family once to a burger joint for that. And yet, people stay away. Why?

Is it possible that obesity works like a virus? That once obesity becomes normalized, people unconsciously acculturate to it, and stop worrying about themselves. Becoming obese in an environment like this town’s (like our country’s) is what you get when you follow the path of least resistance. We work in more sedate occupations, we drive everywhere, and sugary, fatty foods are ubiquitous. I think about why I’m 20 to 25 pounds overweight. It’s not for lack of resources to buy healthy food. I do buy healthy food, and I eat healthy food. For me, it’s my sedentary lifestyle, and flat-out laziness: I hate to exercise, finding it boring and unpleasant. I do have something of a genetic propensity toward being overweight, but I can’t blame my genes: in the past, when I have limited my proportions, stayed away from sweets and starches, and exercised half an hour every day, I’ve dropped pounds like wax on a candle. But this is hard for me, and it’s so much easier for me to be a sluggard. And so, I’m overweight. And lately, I’ve been noticing that a lot of guys my age — mid-40s — have beer guts like I do. Maybe this isn’t such a big deal, I think, trying to make myself feel better. And so I worry about it less, and feel less of an urge to do something about it — this, even though heart disease and diabetes runs in my family. I can see what’s happening in slow motion, and know that I’m doing it to myself — all because I’m unwilling, at least at the moment, to spend 30 minutes a day on the elliptical trainer. Hell, I could walk: I live in a beautiful neighborhood where it would be pleasant to walk. But it’s more pleasant to pour a glass of wine, sit down and read a book.
I am responsible. It’s not society’s fault, though environmental factors play a role. It’s not my genes’ fault, though hereditary factors play a role. It’s my own fault. And though I could be wrong, I bet that explains most of the problem in this Kentucky town.
I’m going to come home from work today and get back on the damn elliptical. Enough of this. Thank you, Charlie Rawlins.
read next post 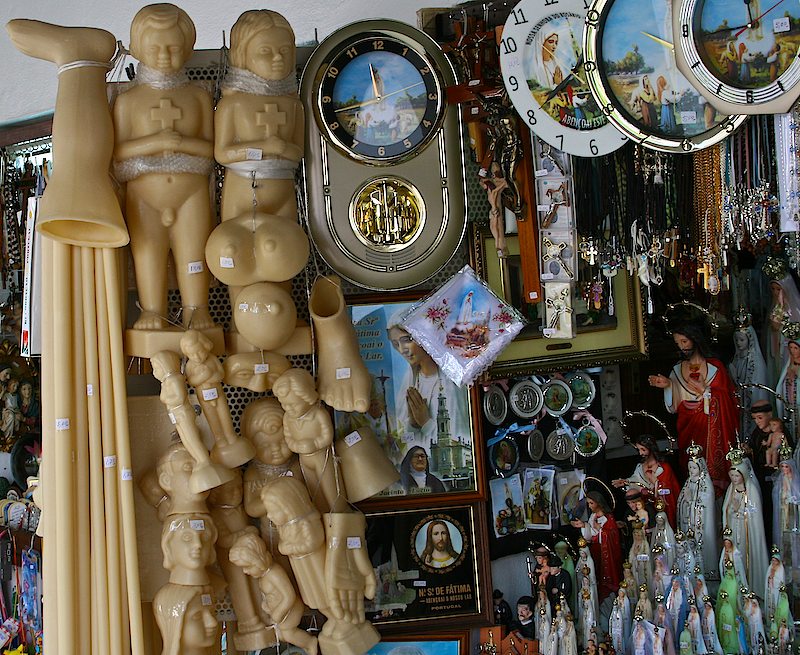