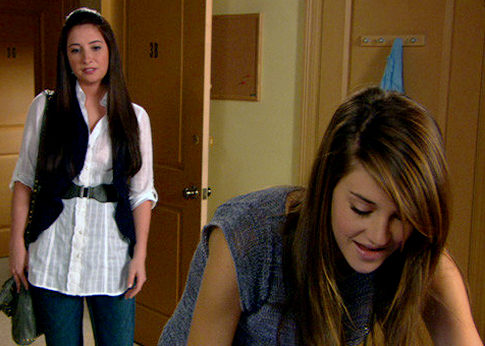 I don’t want to make any comment about Sarah Palin and her politics — so don’t you even start in the comboxes — but I share Gail Collins’s puzzlement over Bristol Palin as cultural symbol. Just what are we supposed to learn from her example? Excerpt:

To summarize: Bristol Palin is a teenager whose out-of-wedlock baby has turned her into a national celebrity and gotten her a cameo role on a popular TV show. Where she explains to the lead character that her status as an unwed mother wins her a slot in the world’s greatest music camp.

Seriously, the baby Bristol had out of wedlock, far from messing up her life, has made her wealthier and more famous than she possibly could have hoped for otherwise — and she’s using that status to send a message to other teen moms that it’s okay. And the Palins are cool with this? I’m not saying that Bristol ought to have been sent to live with Aunt Agatha, and toiled in shame for the rest of her days. But come on, if you want to send the message that being an unwed teen mother is something you should work hard to avoid, you don’t exploit it for fame and fortune as Bristol Palin is doing.