A disposition towards happiness 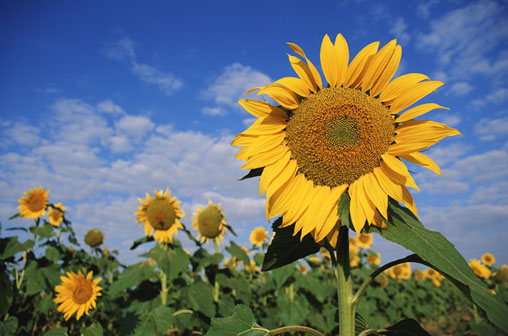 My three children are all fairly different in their dispositions. The oldest one is stormy and intellectual. The youngest, she’s complicated and dramatic. The middle child, Lucas, who is six, is sunshiny by nature. I can tell, even at this young age, that he’s going to be the rock of the family in his generation. I don’t know if I know anybody who is so joyful by nature, and kind to others. He’s rambunctious and athletic and boyish, so at home in his body and physically graceful that I wonder how in the world he could be related to me. The other day, I was out walking with him, and watching him run down the sidewalk in a way I can only describe as so natural and bred in the bone that it’s beautiful.

When I caught up with him, I praised him for the way he ran — I’m always looking for a reason to build him up, because he’s a classic middle child, feeling hard-pressed between his older brother and younger sister. I told him, “Lucas, you’re so good at running and doing sports. I wish I could be like you.”
He patted me on the arm and looked at me with pity and encouragement. “That’s okay, Dad. You’re an awesome writer!” I couldn’t get his point at first, then I realized: my six-year-old thought his father felt bad that he wasn’t as good at sports as he, and needed comforting and upbuilding. That’s how he is. I don’t know if I’ve ever seen anybody who makes friends with such ease, and who likes, well, everybody. Lucas, I should say, has such a strong, muscled body, and a deep sense of caretaking (he rushes to hold doors for strangers, for example). He’s not a goody-goody — just this morning, I’ve had to bark at him to knock off the Dennis the Menace routine — but he’s a six-year-old boy, and that’s how they are. Still, it’s so gratifying to see that he’s going to be the kid who stands up to bullies. It’s in his nature — and thankfully, he’s going to have the physical strength to do it.
I never post pictures of my kids out of respect for their privacy and security, especially given the problems we’ve had with personal threats, but I wish you could see him. His face is like a sunflower: broad, round, bright and open. The other morning, I put him in the car with me to go somewhere, and as we were pulling away from the house, I heard him say from the back seat: “Well, another day, another chance to find something to be happy about.”
I’d say that kid is going to have a good life.

read next post
As ever, vive la France (and pass the wine)
archives most recent
More from Beliefnet and our partners
previous posts