Great post by Sharon Astyk about how the constructed media narrative around peak-oilers and others who are preparing for what they believe will be coming hard times is slanted toward a techno-optimism that is ahistorical and, in its way, stupid and unvirtuous. Excerpt:

There are two reasons I think it is so convenient for the mainstream media to use the language of survivalism and wackoidism around peak oil. Part of it, of course, is that this sells papers. Recognizing that most of what peak oil and other environmental advocates do as personal preparations are exactly what everyone did even in the developed world until very, very recently, and what most of humanity does now – ie, in times of surplus and abundance, have a moderate reserve in case times get tougher – isn’t nearly as much fun as associating them with bunkers (has anyone even had a bunker since the 1970s, for cripes sake?)

Moreover, as long as you can pretend no one ever needs these preparations – that this is best associated with duck and cover and the 1970s – you can pretend that we are at the end of history, long past social shifts that lead to difficult times.
Of course this is complete nonsense. Think about the lives of anyone who lived through most of the 20th century – your parents or grandparents. Ask – did most of them get through without some extremely hard times? A depression, a war, civil unrest, extended job loss, loss of benefits, hunger, refugeeism? I think about my own grandparents and those of my husband let’s see…nazis, ghetto, war refugee, poor new immigrants, great depression….hmmm. It is only my parents generation and my own that have been fortunate enough to live in times where nothing really bad has ever happened. I could, of course, assume that that state will go on forever, but history suggests otherwise.
But moreover, we have the deep problem of language, and the newspapers have it no less so – what I’ve described in the past as the “Klingons/Cylons” problem – that is, our culture has only two ways of speaking of the future – either like Star Trek we have a techno-optimist, unlimited progress future where the only troubles left to conquer are small or outside ourselves (ie, Klingons) or we have the complete destruction of the human race. This deep linguistic difficulty gets us into all sorts of trouble, because people immediately leap to the conclusion that “if it gets that bad it doesn’t matter what we do.”
With this in mind, the changes coming are described as “the end of the world.” This false dualism serves to falsely move people into the techno-optimist camp, even when they don’t really agree with it – because who would ever choose “the end of everything?” As long as our language erases the real center, the possibilities that history has long since shown us, the idea that everything might not get better, that we might be entering a period of declines and that this might be something other than another end-of-the-world fantasy is unavailable to us.
But of course, that too is deeply ahistorical. Times get difficult all the time – they are incredibly difficult for a substantial portion of the world’s population right now. And for most of those people, it still matters a great deal what they do.

Read the whole thing. I’m impressed by her point that it’s normal for people to use times of plenty to prepare for lean times, because people with historical memory know that good times never last — but we find ourselves in a culture in which people who wish to do that, and to encourage their neighbors to do that, find themselves associated with crazies who expect the Apocalypse. Do those people exist? Sure they do. But how representative are they of the “transition” community? Anyway, it’s a neat trick how, if we can associate self-sufficiency, responsibility, thrift and sustainability with wackadoodlism, we don’t have to change a thing about the way we live today, because who wants to be like those nutters? Let’s just keep going as we are, and wait for science to save our bacon. 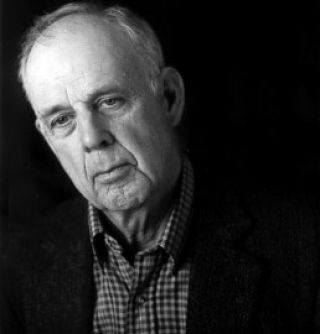