Journalism prof Jay Rosen has a long, great, difficult to sum up post about how the deepest bias among the press is toward a false moderation, and against so-called “extremists.” I think this sentiment expressed by my Beliefnet blog colleague Nicole Neroulias is a fairly pure example of what Rosen’s talking about. She’s expressing conflicted feelings about Steve Prothero’s new book, which is about why there really are irresolvable theological conflicts among the world’s great religions, and why that matters. Neroulias writes:

All kidding aside, however, I’m not sure how I feel about Prothero’s message. I haven’t seen the book yet, but as a religion reporter, I’m generally more interested in probing what different faiths have in common (especially when you get strange bedfellows), as opposed to stoking conflicts (which make plenty of news anyway). Perhaps this also has something to do with being in an interfaith marriage, but if that’s the case, more than a third of Americans may be inclined to feel this way, too.

Note the loaded language: “stoking conflicts” is the opposite of “probing what different faiths have in common.” The idea that to explore genuine conflicts both between and among faiths is an act of provocation is to turn religion journalism into an act of therapy. Is there a political journalist who would openly admit to approaching her beat that way? What political journalist would say that political journalists who routinely explore conflicts between the parties and their worldviews are provocateurs who just want to stir up trouble? To believe this is true is to commit yourself to providing your readers not with an understanding of the world as it is, but the world as you would like it to be. It means you aren’t writing stories, but a Story. It’s also an approach that automatically puts religious believers of whatever tradition who argue that on this or that issue, faiths are not ultimately reconcilable, automatically on the defense. The heroes in these stories are always the mushy-middlemen, or at least those who have learned how to speak the language of mushy-middleness persuasively to journalists.
I don’t mean to single out Neroulias; I have absolutely no doubt that many US religion journalists approach their beats in the same irenic, bridge-building spirit — which is one reason why religion journalism in this religiously dynamic and complicated country tends to be so bland, and why Prothero’s book is so tonic.
UPDATE: I want to highlight this comment in the combox thread from GrantL, an atheist reader who covers religion for his paper in Canada:

Part of the problem, I think, is that papers try to avoid saying anything “offensive.” or that could possibly be construed as such. (at least in the news pages) As you know, religions almost without exception make exclusive truth claims. The buddhist view of things and the Christian one are radically different. Both cannot be true. It seems to me that papers generally this it impolite to point this out.
I mean, if I do a story about a Muslim who makes a theological claim in starkly Muslim terms (say something very basic like there is one god and Mohammad is his prophet) I will get letters and angry phone calls from Christians who will accuse me of “taking sides” and defending or promoting Islam. I get the same thing if I do a story about a Christian (letters and emails and calls from other Christians and other religions) or Buddhists or whatever. Even though I am just telling the story of this person or group of people from their point of view, letting them explain their faith as they see it, I am accused of taking sides. (its particularly easy for me to let believers tell their story because, as an atheist, I have no theological bones to pick. Many of my believing peers have a very hard time writing about a theology they have their own theological issues with.)
On the other hand, if you do a story about the “Abrahamic faiths” as though they are some monolithic bloc of believers who more or less believe the same thing, everything is good. If you avoid writing about how Muslims simply reject, out right, the Christian claim that Jesus is the “son of god” but instead write about how Muslims and Christians believe in the “same” god, you won’t hear a peep except from the local loonies.
Editors, it seems to me, choose the path of least resistance. Its EASIER to write nice, happy, we all believe the same thing, kinda of story instead of pointing out that hey, we don’t all believe the same thing but, at the time, we are all stuck with each other.
This of course is nonsense. From my point of view, there is no need to hide from the differences in religions, particularly not if having a pluralistic society is important to us. The more we pretend that religions are all the same, the less we will understand them. You cannot cooperate with your fellow citizens if haven’t any real idea what they actually think about things.
I dunno, its very frustrating and often you have to wait for the right time to get a religion story that isn’t mush into publication.

This is both true and important. In my experience, almost nobody calls an editor or a reporter to thank them for a job well done on a religion story. It’s almost always to gripe and even yell about the purported anti-religious (or anti-Christian, anti-Jewish, anti-Muslim, etc.) bias in the story. If we have a lack of rigorous, thoughtful reporting on religion, it’s at least in part because the audience for that sort of thing is distressingly small.
Another comment of particular interest, from La Dolce Vita:

A few years back our paper established a “spirituality and values beat” that was basically a religion beat. The circulation area is swarming with conservative evangelicals. I don’t know what they were trying to pull with the euphemism.
At any rate, the young reporter who got the beat started doing a surprisingly bang-up job, in my opinion. Our readers finally started getting an inkling of the religious diversity we actually have around here. Then she did a story about a new-age “ghost whisperer” type who was giving a program at the local Unitarian Church. The managing editor went bananas, issuing an ultimatum that no stories about that kind of hokum would henceforth appear in the newspaper.
The local congregation of a major denomination bringing in a medium? If that ain’t news, I don’t know what is. The reporter has long since left for PR work — the hokum that pays.
Nowadays, we don’t simply ignore the diversity of the religious minorities in our area. We don’t even comprehend the big stories driven by the evangelical majority. We don’t have a clue.

Yes, yes, yes! If all you look for is commonality, you miss some really important and interesting divisions. And if you think your job is to decide what kind of religion story is “respectable” for purposes of attention in the newspaper, versus reporting on what kinds of religion, however outlandish, people in your community actually profess, you’re failing as a journalist.
Great comments emerging in that thread. Take a look at them.
UPDATE.2: David J. White says in that thread that what accounts for this is that journalists take politics seriously, but don’t take religion seriously. As he writes:

To someone who takes politics seriously, political disagreements are important and potentially have serious real-world consequences, and therefore the passions they arouse are understandable. Journalists focus on the conflict aspect of politics because it’s something they take seriously and can understand.
On the other hand, to someone who doesn’t take religion seriously and views it a simply a matter of private opinion, religious disagreements are trivial and unimportant, and the passions they arouse are probably, to many journalists, fundamentally incomprehensible. Journalists don’t focus on these conflicts because many of them probably find it hard to understand why anyone cares about these things.

Yes, David, I think you have hit on it exactly. 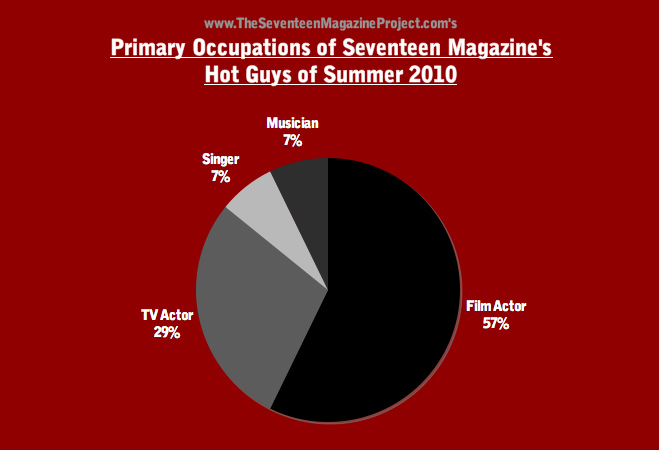