Maybe you shouldn’t own a house 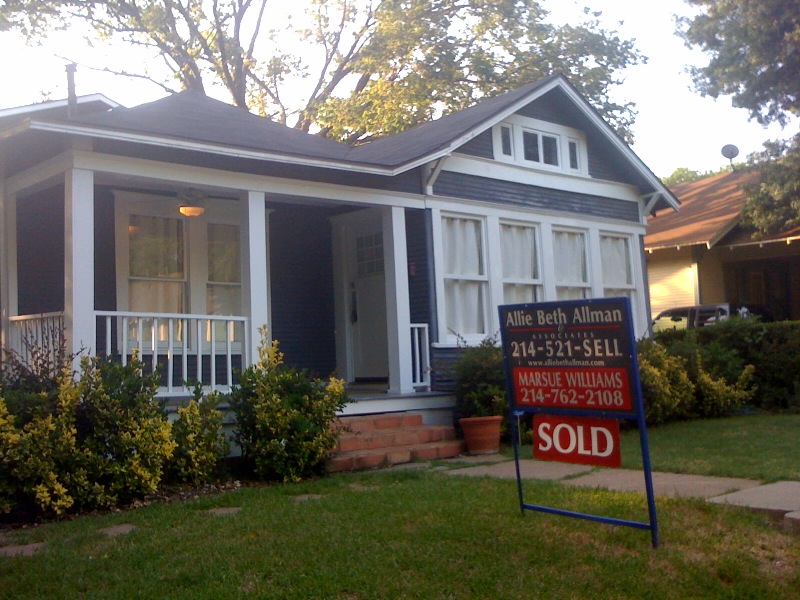 Joe Nocera says the American dream of home ownership is one from which we ought to wake up. Excerpt:

[FDIC chair Sheila Bair] also pointed out that during the bubble, when anyone with a pulse could get a mortgage, the percentage of Americans owning homes rose to an unprecedented 69 percent, a number that was greeted with bipartisan hurrahs, but which turned out to be “unsustainable,” Ms. Bair said.

She concluded: “Sustainable homeownership is a worthy national goal. But it should not be pursued to excess when there are other, equally worthy solutions that help meet the needs of people for whom homeownership may not be the right answer.” Like, you know, renting.
The point is: the financial crisis might well have been avoided if we as a culture hadn’t invested so much political and psychological capital in the idea of owning a home. After all, the subprime mortgage business’s supposed raison d’être was making homeownership possible for people who lacked the means — or the credit scores — to get a traditional mortgage. It’s also why bank regulators and politicians were so willing to avert their eyes from the predations and excesses of the subprime companies.
Yet even now, it is difficult for the body politic to face this truth squarely, so intertwined is homeownership with the American Dream. Which is why Ms. Bair’s comments were so heretical. Maybe, she seemed to be suggesting, it’s time to break that link, painful though it would be. Maybe she’s right.

Nocera goes on to explore how our government and indeed our culture accepted the idea that home ownership was an unqualified good — which led to the government distorting the rational market for home ownership, which in turn led to the economic meltdown. More Nocera:

Gary Rivlin, my former colleague at The New York Times, has just published a scathing, important book, “Broke, USA,” which includes one shocking anecdote after another of people being conned into taking on mortgages, filled with hidden fees and adjustable rates, that they couldn’t possibly afford. The companies that did these things were not the outliers — they were the bulwarks of the industry: Household, Countrywide, New Century and a raft of others. And when state officials tried to crack down on these unseemly practices, the Office of the Comptroller of the Currency, instead of investigating, blocked their efforts. After all, homeownership was on the rise!

The best idea, Nocera goes on to say, is not to say “home ownership is bad,” but rather to re-emphasize, both in our thinking, our rhetoric and in government policy, that home ownership is a qualified good — meaning that it’s good for some people, under particular circumstances. And then we help those people (qualified first-time home buyers, in his view) out.
As somebody who sold his first house a week ago, to my vast, vast relief, I have a couple of thoughts.
We bought our place in 2004, after having lived in Dallas for a year. As I recall, there was never any thought of our not buying a house. We accepted the idea that This Is What You Do. The idea of continuing to rent was foolish to us. How many times had I heard the phrase that renting is “throwing your money down a rathole”? And in some ways, that was and is true. We were pretty sure we were in Dallas to stay, but on the off chance that we’d feel compelled to move someday, we were equally certain that we’d make money off the sale of the house we were buying. Because hey, housing values keep going up and up, right?
Now, six years later, we no longer live in Dallas, and we sold our house at a loss (the image above is our former house, taken by a friend and neighbor the other day, and e-mailed to us). Luckily, we bought the place low, otherwise the loss would have been much greater. I feel very fortunate to have cut the dead weight of our house loose — and, to be honest, emotionally conflicted about considering the house we loved so much to be nothing more now than “dead weight.” But dead weight it was. What we didn’t foresee, of course, was that there would be a colossal housing crash that would destroy the false idea that housing values could only go up. And we didn’t foresee that conditions would grow so dire in my industry, and so quickly, that we would conclude that it was irresponsible not to take this new job offer in Philadelphia. We were provisioned to carry that extra mortgage in Dallas for a few months, but if we hadn’t sold the Dallas house when we did, we would have been in real trouble, and would have had to rent it — and hope we got enough in rental income to cover the mortgage. There was no way to make enough off renting to deal with the hassle of managing an old house in a historic district from halfway across the country.

I can’t tell you how free we feel today as renters. The day may come — I hope it comes! — when we feel comfortable enough to buy another house. But with the economy so unsettled, it’s confidence-building to have no debt, and no commitment beyond our one-year lease on our apartment. The thing I worry about going forward, though, is that the economy will for a very long time — decades, at least — be so unsettled as to make home ownership excessively risky. I can say that the intense anxiety we’ve lived under these last six months our Dallas house has been on the market — the fear that the weight of our commitment to that house would sink us financially — made a deep impression on us, and is going to make it hard for us to buy another place in the future. It is quite a shift to go from seeing one’s house as a bulwark of security to seeing it as a millstone threatening to wreck one’s family financially.
read next post
Get Religion bait
archives most recent
More from Beliefnet and our partners
previous posts