Lee Podles draws attention to a French Catholic magazine’s publication of a 2001 letter Cardinal Dario Castrillon Hoyos wrote to Pierre Pican, a French bishop who had just been sentenced to jail for not having reported a pedophile priest to civil authorities. At the time the cardinal was prefect for the Congregation for the Clergy — meaning he was the Vatican official in charge of all the world’s priests. According to the Reuters report:

Pican, who received a suspended three-month jail sentence for not denouncing sexual abuse of minors, admitted in court he had kept Rev. Rene Bissey in parish work despite the fact the priest had privately admitted committing pedophile acts.
The case shocked France and prompted its bishops to declare that all abuse cases must be reported to civil authorities.
“I congratulate you for not denouncing a priest to the civil administration,” Castrillon Hoyos said. “You have acted well and I am pleased to have a colleague in the episcopate who, in the eyes of history and of all other bishops in the world, preferred prison to denouncing his son and priest.”
In it, the cardinal said relations between bishops and priests were not simply professional but had “very special links of spiritual paternity.” Bishops therefore had no obligation to testify against “a direct relative,” he stated.
The letter cited Vatican documents and an epistle of Saint Paul to bolster its argument about special bishop-priest links.
“To encourage brothers in the episcopate in this delicate domain, this Congregation will send copies of this letter to all bishops’ conferences,” Castrillon Hoyos wrote.

Got that? The Vatican cardinal who was in charge of priests — that is to say, not just any cardinal — said he was going to send a copy of this letter to all the bishops of the world, holding up the French bishop who went to jail before reporting a pedophile priest to the police as a model. Is this not evidence that the Vatican encouraged bishops to cover up cases of clerical child molestation? The Vatican this week admitted that the letter is valid, but says that it shows why the curia was reformed, and the abuse cases moved to the Congregation for the Doctrine of the Faith (which was at the time overseen by Cardinal Ratzinger). OK, but Reuters’ reporter finds a problem with this argument:

Castrillon Hoyos’s letter was sent in September, about four months after the centralisation under Cardinal Ratzinger that he mentioned.

In other words, despite having moved jurisdiction in abuse cases to Ratzinger’s CDF, and despite Cardinal Ratzinger’s earlier instruction to the world’s bishops to report sex crimes against children committed by priests to vcivil authorities, the head of the priestly congregation encouraged the world’s bishops to keep these clerical crimes against children hidden from the police — even if it meant having to go to jail themselves.

Whose authority prevailed, then — Cardinal Ratzinger’s, or Cardinal Castrillon Hoyos’s?
Whatever the answer, the letter is truly shocking. Clearly, to this top Vatican cardinal, the 11 or so children molested by the priest Bishop Pican protected from police counted for nothing, and Bishop PIcan’s “son,” the rapist priest, counted for everything. What is wrong with somebody like that? I suspect that Cardinal Castrillon Hoyos, who has since retired, is going to have a robust greeting party when he comes to Washington, DC, next Saturday.
UPDATE: I have re-read this post a couple of times, and I honestly have no idea where some of you are getting the idea that I blame Cardinal Ratzinger for something Cardinal Castrillon Hoyos wrote. Criticism of what one cardinal, though a very powerful one, wrote in 2001 is not the same thing as criticism of Pope Benedict. (And boy, such harsh criticism too, calling that letter “truly shocking,” and wondering what was wrong with Card, Castrillon Hoyos). 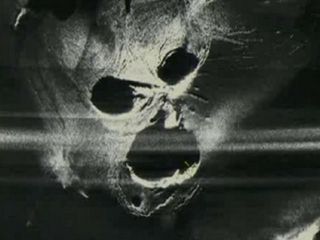 What does all this seismic activity signal?
archives most recent
More from Beliefnet and our partners
previous posts