The lonesome death of Phoebe Prince

Prosecutors in Massachusetts have taken the unusual step of filing felony charges against nine teenagers who allegedly bullied 15-year-old Phoebe Prince so badly that she hanged herself. Good on those prosecutors. If these kids are convicted, I hope they all go to jail for the maximum time allowed under law, and that they don’t serve one second less than their complete sentence for what they did to that poor girl. 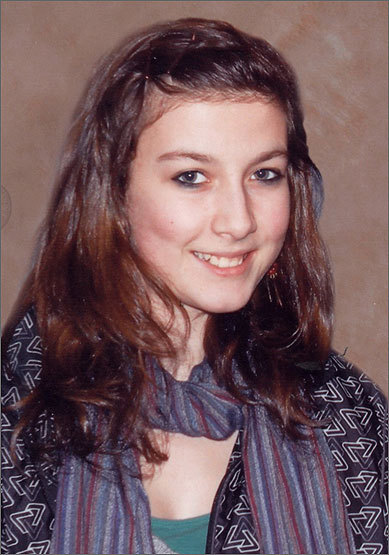 But they are not the only ones who bear moral guilt here. From the Times:

Appearing with state and local police officials on Monday, Ms. Scheibel said that Ms. Prince’s suicide came after nearly three months of severe taunting and physical threats by a cluster of fellow students.
“The investigation revealed relentless activities directed toward Phoebe to make it impossible for her to stay at school,” Ms. Scheibel said. The conduct of those charged, she said, “far exceeded the limits of normal teenage relationship-related quarrels.”
It was particularly alarming, the district attorney said, that some teachers, administrators and other staff members at the school were aware of the harassment but did not stop it. “The actions or inactions of some adults at the school were troublesome,” Ms. Scheibel said, but did not violate any laws.

A faculty member and several students watched the harrassment she endured in the library on the day of her death. Nobody reported it to the administrators. The DA said that Phoebe’s harassment was “common knowledge” among the student body, and that some faculty and staff knew about it — Phoebe’s mother even spoke to staffers about what her daughter was suffering. The DA added that some students did report the bullying, but nothing was done.

Why would adults in charge of that school allow Phoebe Prince to be tortured like that, day in and day out, without stepping in to defend her? Why did they abandon her to her tormentors? I tell you, those teachers, administrators and staffers who saw what was happening but did not exercise their authority to stop it disgust me more than the “Lord of the Flies” cretins who did the torture in the first place. When I think about the bullying I endured in high school, the most indelible image on my mind is being pinned to the floor and tortured in a hotel room on a school trip, and the two adult women chaperones in the room literally stepping over me, lying there screaming for them to help me, as they left the hotel room. The kids doing the bullying were the cool kids; I was not. They, I guess, didn’t want to be on the bad side of the cool kids. I’ve thought about this a lot over the past three decades, and that’s the only explanation that makes sense.
It’s an old human story, and a foul one every time it is told. This terrible story from a Massachusetts public school should remind us all that it is in our social nature to stand by with our hands in our pockets while the powerful exploit the weak, and even hound them to death. As we see in this case, rules and procedures mean little or nothing without men and women willing to enforce them. What must it have been like for Phoebe Prince, walking into school every day, knowing that she had no defenders, and that the men and women whose mission it was to protect her and keep order did not care? What must her parents, Irish immigrants, think today, having been so grievously failed by the school to which they had entrusted the care of their daughter? It will not bring Phoebe back, but I devoutly desire for this girl’s family to sue the hell out of that school district, to exact some measure of retribution against the administrators who declined to act with common decency and stop the torture of their child at the hands of teenage sadists.
We are asked by some to empathize with the Catholic bishops who routinely did little or nothing to protect Catholic children from molester priests. They were given bad advice by psychologists, it is claimed. Besides, others are guilty of the same thing, and anyway, this anger should be understood as part of an agenda pursued by “the Church’s enemies to cripple it, morally and financially.” If supporters of the school whose administrators allowed Phoebe Prince to be driven to suicide by her abuse — as were the five, yes, five young Catholic men in Kansas who were victims of a pederast priest shielded by the diocese — defended those in charge of the school by saying they didn’t protect Phoebe because they had been given bad advice, or are no more guilty than the Church or anybody else, or are themselves the victims of people who have an anti-public school agenda, people would laugh them off the stage. They would say: “A child in your care was destroyed by packs of ravening wolves you could have stopped but did nothing to stop, and you have the audacity to whine about unfair treatment in the media?”
Those in authority at Phoebe Prince’s school who knew what was being done to her but who let it happen may not be criminally guilty (so says the DA), but they are morally culpable in her death. They deserve the contempt of the public, and the harsh judgment of the parents of the other children entrusted to their care. We cannot always stop every instance of cruelty and exploitation, but in a situation like this, all that was required to protect the weak from the strong was basic human decency. Those gutless authority figures — in schools, in police departments, and everywhere else — who don’t have it invite Nemesis. “What do you mean by crushing my people, and grinding down the poor when they look to you?” says the Lord God of hosts (Isaiah 3:15).
But then again, the faculty and administration of South Hadley High School, because they aren’t successors to the Apostles, must naturally be held to a higher standard in such matters.
read next post