The skyscraper or the cathedral?

David Schaengold finds the skyscraper to be the emblematic building of the age of science, and the observation deck on some of them to be akin to a cathedral’s high altar. Excerpt:

Nothing like the scientific method was found in antiquity, and what glimmers of it appeared in the Middle Ages were feeble. The systematic use of the method, institutionalized in journals and laboratories, is characteristically modern, but the psychology of the scientists who employ it represents a Christian ideal. Many scientists seem to feel a passionate, personal joy at the ordered reasonableness of the universe, or more specifically, that it is reasonable, but its reasons are never exhausted. This joy is a species of the joy in being qua being that Aquinas, speaking for the Christian tradition, claimed to be the proper disposition of all Christians toward the created order. You have to know some scientists personally, I think, to realize that scientists are like this, because scientists themselves are not encouraged to articulate it, though sometimes you do hear statements in the press about how a new finding is “really darn cool.”

Being happy merely to see and to understand, as scientists are, is the feeling responsible for observation decks, whose most intellectually incurious and aesthetically stolid visitors thrill with joy as they marvel at the works of Man and discover how familiar neighborhoods tessellate. Though surmise about the psychology of ages past is hazardous, I’ll venture to guess that the civilization of the modern West has privileged and encouraged joy in the way the universe works more than any civilization in history.

An interesting thought. Though the experience of looking out on the world from the observation deck of the World Trade Center — which I was able to do twice before 9/11 (and by the way, look at these new aerial images of the disaster, sent by reader mm) — I have always had a mild aversion to skyscrapers. It’s not a fear of heights. It’s that they’ve always struck me at the emotional level as inhuman: a cold and usually featureless shaft of power rising so high into the sky that the people down below become an abstraction. The monstrous Le Corbusier once described a house as “a machine for living in,” a description that seems apt to me for a skyscraper: a machine for working in. I am capable of seeing beauty in skyscrapers — and to me, the most beautiful are the most un-modernist, e.g., the Chrysler Building, Rockefeller Center) — just as I am capable of seeing formal beauty in certain modernist works of art. But it’s a cold and forbidding beauty, one that speaks to me of the pitiless triumph of technological civilization over humanistic sensibilities and values.
The medieval cathedral, by contrast, is to me the architectural glory of humanity, a place that fulfills on a surpassing level the judgment Philip Larkin passed on a country church in his great post-Christian poem “Church Going,” to wit:

A serious house on serious earth it is,
In whose blent air all our compulsions meet,
Are recognized, and robed as destinies.

I’ve written before about how a different young man emerged from the Chartres Cathedral than entered it on that day in my 18th year I visited my first medieval European cathedral. I was not even Catholic, or meaningfully Christian, but I felt overawed by the majesty of the building. Mind you, it’s easy to feel overawed by the majesty of a skyscraper, but in the case of the cathedral, it was not so much the bigness, but the intricate human detail and design within the immensity. With a skyscraper, it’s just brute force and will. In a medieval cathedral, the soul feels its worth, experiencing both the exaltation of God, and His distance, and one’s intimate and beloved place within the hierarchy of existence. Once, a few years ago, I attended a winter morning’s mass at Notre Dame in Paris, with a small congregation, and beheld — that is the only word to use — the sun rising slowly through the rose window. It was one of the most magnificent things I’ve ever seen, far more moving to me than the view from an observation deck.
Still, I think Schaengold is on the mark here, in the way he writes about the skyscraper and the observation deck. It’s only that I see it as a defeat for humanity, even though it’s a triumph for science and engineering. They can’t build churches that look worth a damn anymore either, not these days. If you live in New York and want to know how alien to any human thing a modern church can be, go by the small church of St. John the Evangelist in the Archdiocese of New York headquarters and poke your head in. It belongs in a skyscraper, or in Princess Leia’s palace.

By the way, five years ago, George Weigel wrote a short, good book contrasting these two worldviews, called “The Cube and the Cathedral.” He foresees the end of Western civilization if the cube (or, you might say, the skyscraper) triumphs over the cathedral. He’s not merely talking about religion, but about a view of human nature and its highest spiritual aspirations. The interesting insight Schaengold offers us about the connection between spirituality and architecture in his admiration of the skyscraper tells us something about one’s social ideals. As I’ve said, the skyscraper, an undeniably amazing achievement, represents the triumph of science and technology over humanistic values, not, as Schaengold sees it, the fulfillment of them.
What do you think? 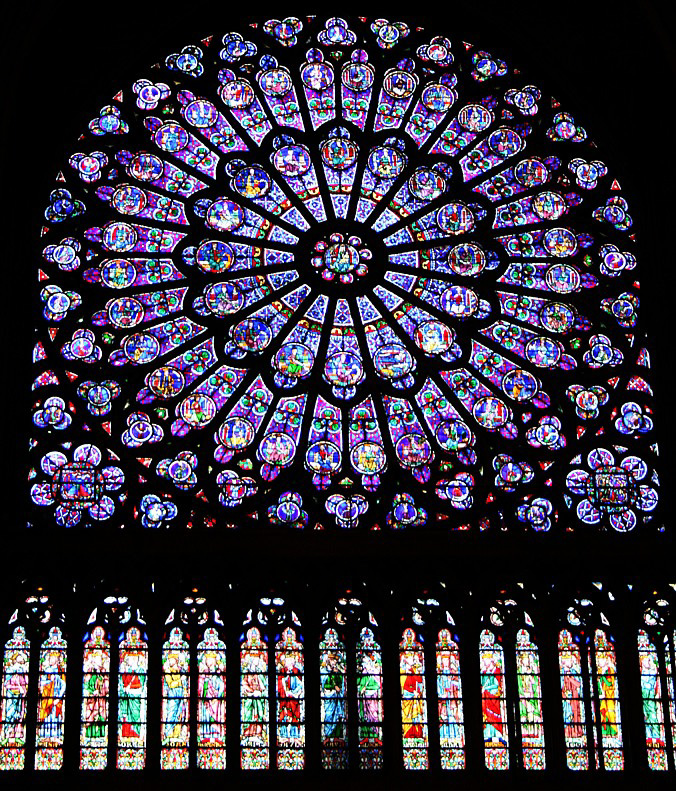