About those piercings, young people 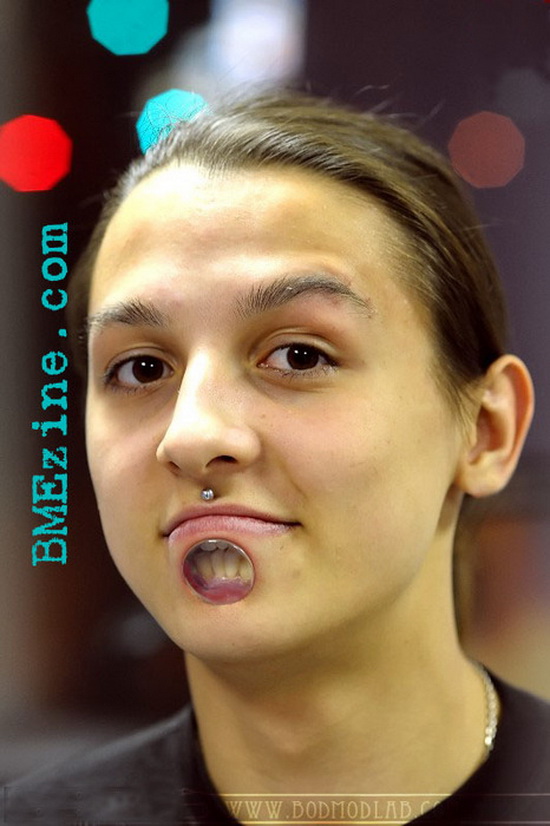 This morning I was in line getting my Pennsylvania driver’s license, and noticed a teenager in front of me getting his learner’s permit. He had a small ring in each earlobe — not pierced in the conventional way, but rather with small rings embedded into each earlobe. The idea is to stretch out the earlobe. The kid’s father was with him, and I thought, way to go, Dad, letting your kid turn himself into a freak.

I’m serious about this. Mind you, I had a conventional earring when I was that kid’s age — how daring that was for males in the 1980s — but when I graduated college and got a job in which an earring on a man wasn’t kosher, it was easy to take the thing out when I went to work, then put it back in when I went out to the clubs. It wasn’t long before I lost interest in having an earring, and took it out permanently. The hole closed, I guess; you can still see evidence that my ear was pierced, if you look hard.
I wonder, though, if young people into the more extreme forms of body modification have any idea how unemployable that sort of thing makes them in many decent-paying jobs. That kid’s freaky ears may make him cool among his crowd, but try putting on a coat and tie and showing up for a job interview looking like a primitive. You can grinch and moan all you want about how unfa-a-a-ir it is to judge people negatively based on their body modifications, but there is such a thing as professional standards of appearance. You don’t like it? Fine. But resign yourself to being able to work only in a certain kind of job. I blogged earlier today off that Atlantic Monthly story saying that young adults entering today’s job market have totally unrealistic expectations of what it’s going to be like for them — and that one reason they are so ill-informed is because their parents have indulged them, and encouraged them in their flight from reality. Along those lines, re: economic mobility and freedom, that teenager’s father has done his son a great disservice by allowing him to permanently stretch out his earlobes like that. It’s like giving your kid a food-stamp name.
Jobs aside, don’t these kids ever stop to think about how stupid they’re going to look when they hit middle age?

read next post
Wal-mart, friend to local farmers. Really!
archives most recent
More from Beliefnet and our partners
previous posts