Over at Religion Dispatches, Candace Chellew-Hodge contends that Christine O’Donnell knew exactly what she was about during her close encounter with the First Amendment at Widener University Law School the other day: Sure, the smarty-pants in the audience might have been shocked at O’Donnell’s denial that the Constitution provides for separation of church and state, but what she was really doing was giving one of those out-of-human-hearing dog whistles to her conservative base, which has long since embraced the no-separation-in-the-Constitution meme advanced by revisionist amateur historian David Barton.

If so, it was pretty stupid on O’Donnell’s part. At this point in her senatorial campaign, what she needs to do is not rally the base but reassure ordinary Delaware voters that she’s not a nutcase. Suggesting that the U.S. of A. does not separate church and state was ill calculated to achieve such reassurance.

Pace Chellew-Hodge, but I think the tape makes pretty clear that O’Donnell had no idea what the First Amendment actually says. Here’s the exchange.

“Let me just clarify. You’re telling me that the separation of church and state is found in the First Amendment.”

“The government shall make no establishment of religion.”

“That’s in the First Amendment.”

The little ah-ha! moue, the satisfied smile to the audience, the pretend scribble–all suggest that O’Donnell thinks that she’s caught Coons with his pants down, that his reasonable facsimile of the Establishment Clause is just something he’s made up (typical liberal that he is) to pretend that the First Amendment actually does separate church and state. She’s got no idea that he’s paraphrasing the actual text.

For the record, what Jefferson was doing when he wrote to those Danbury Baptists about the “wall of separation” was informing them that although the Constitution separated the new federal government from religion (“Congress shall make no law…”), it gave him no power as president to impose separation on the states, which were free to create whatever religious regime they liked. “Wall of separation” referred only to the feds; it would not be until the middle of the 20th century that the religion clauses would be applied to the states–“incorporated” via the 14th Amendment. Were O’Donnell up on her Establishment Clause jurisprudence, she might have said that, like Justice Clarence Thomas, she favors a return to the status quo ante, which would allow a given state to permit local school districts to teach creationism and intelligent design to their hearts’ content.

Lest we forget, however, it’s not only the First Amendment that separated the U.S. Government from involvement in religion. Article Six, paragraph three provides that “no religious test shall ever be required as a qualification to any office or public trust under the United States.” This was an expression of the High Enlightenment spirit that prevailed in Philadelphia in 1789, but at least one framer regarded it as distressing political correctness.

Reporting back to his state legislature, Luther Martin of Maryland complained that “a great majority of the convention” had supported the provision with little discussion, although

there were some members so unfashionable as to think, that a belief of the existence of a Deity, and of a state of future rewards and punishments would be some security for the good conduct of our rulers, and that, in a Christian country, it would be at least decent to hold out some distinction between the professors of Christianity and downright infidelity or paganism.

Martin clearly disapproved of this manifestation of church-state separationism. What he would have made of “I am not a witch” O’Donnell we cannot, of course, know. 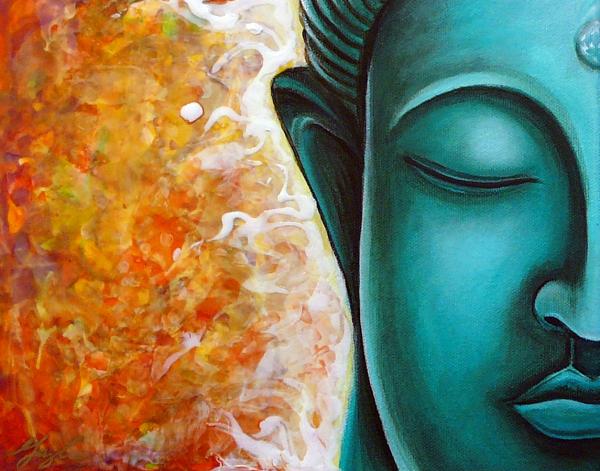 Me, Aqua Buddhist
archives most recent
More from Beliefnet and our partners
previous posts