Terry Jones and the Media

The old gag was that journalists are the ones who rush onto the
battlefield after the fight is over and shoot the wounded. Nowadays,
it’s the rest of the world that rushes in and shoots the journalists.
How could they have paid so much attention to an obscure,
publicity-hungry pastor like Terry Jones? What ails them?

The assumption is that media attention is like a stone thrown into the
middle of a pond. The splash happens in the middle, with the impact

weakening as it spreads out in concentric circles. But that’s not how it
always works. As the New York Times noted
a few days ago, while there had been a little (and probably deserved)
coverage of Jones’ antics in the Gainesville paper and thence in the AP,
the hoopla happened abroad before it occurred in the U.S.. Which was
why Gen. Petraeus et al. got into the act.

Under the circumstances, the American media could not afford to look away. 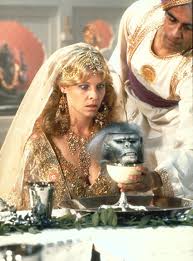