It could be argued that the sins of Dublin auxiliary bishops Raymond Field and Eamonn Walsh,
as laid out in the Murphy Report, didn’t amount to much. Both, it
seemed, failed in their duty to pursue and/or adequately report an
allegation of sexual abuse by a priest. But, under pressure from their
superior, Archbishop Diarmuid Martin, the two tendered their
resignations last December–and appropriately so. In the midst of the
complete meltdown of the Irish church’s institutional credibility,
participation in the culture of cover-up had to be grounds for removal
from office–for the good of the church. Or so one would have thought.

So why has the Vatican decided not to accept the resignations? The bottom line, as the Irish Times‘ Paddy Agnew points out,
is that if all bishops who covered up clerical sexual abuse were
permitted to resign, the episcopal ranks would be decimated. And then
where would the church be? But of course, no one in the hierarchy can
say that publicly. So the decision is announced in the quietest way
possible, with no explanation offered. For the good of the church. 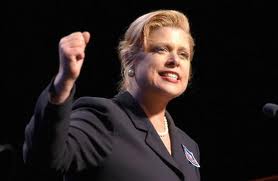