Today (October 1, 2012), Jews worldwide are observing the first day of a joyous, seven-day-long holiday (a holy week, actually, rather than a literal “holy day”) known as Sukkot, or the Feast of Tabernacles (or the Festival of Booths). For the first two days of this festival, no work is permitted.

Since Judaism reckons a day as beginning not at 12:00 midnight but instead at sunset, Sukkot technically began at sunset last night (September 30). Sukkot will last for seven days, before concluding at sunset on October 7.

Originally an autumn harvest celebration, Sukkot is also a commemoration of the forty years the Israelites spent wandering in the desert, following their exodus from Egypt.

In ancient times, in order to extend the length and productivity of harvest workdays during the fall harvest season, families traditionally slept outdoors in small shelters or huts (called sukkot in the plural, or sukkah in the singular). And during those forty years spent wandering in the desert after the exodus, the Israelites also built temporary booths or shelters (sukkot) which could be moved from place to place during their wanderings.

Today, this “Feast of Booths” is celebrated by constructing and dwelling in temporary booths or shelters (sukkot) for the seven days of the festival. A canvas-walled structure with an “organic” roof of loose boards or branches will do, and “dwelling” in it need not necessarily mean sleeping in it every night (although this would be optimal); it is sufficient to simply take one’s meals in one’s sukkah.

On the Jewish religious calendar, Sukkot always begins on the 15th day of the month of Tishrei (five days after Yom Kippur, which is always on the 10th of Tishrei). However, that fixed date of 15 Tishrei as the first day of Sukkot does not always coincide with September 30 on the secular Western (Gregorian) calendar.

The Jewish lunar calendar counts and calculates its lunar months quite differently, such that there is a certain amount of drift from year to year, relative to the widely-used Gregorian calendar. For instance, last year, the first day of Sukkot (15 Tishrei 2011) began at sunset on October 12. Next year, on the other hand, Sukkot (15 Tishrei 2013) will begin instead at sunset on September 18.

I’d like to take this opportunity to wish my Jewish readers around the globe Chag Sameach! (Hebrew for “Joyous Festival”), a traditional Sukkot festival greeting. 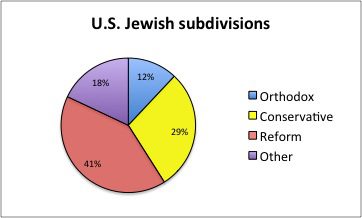