Is Africa poor because of aid? 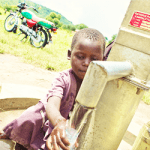 According to Dambisa Moyo, the answer is, “Yes.”

The Zambian economist who has worked at Goldman Sachs favors a complete cut-off of foreign aid to African nations over a five-year timeframe.  Her primary complaints are that aid has fostered dependence, promoted government corruption, and choked local economic growth.

Robert Calderisi, who spent over 30 years working on development issues with the World Bank, has a similar, yet more measured approach to aid. He favors only cutting aid in half because “most African governments are using aid corruptly, ineffectively, and wastefully.”

The remaining half should be strategically invested in those countries that are fighting corruption, creating new revenue, and making strong efforts to build local economies.

Cutting aid would come in part at the expense of the world’s poor orphans and children. They would bear the results of such a decision in their very bodies.  Already there are too many children trapped by extreme poverty. And while evidence suggests the global poverty numbers are getting better, is it because of aid, or in spite of it?

The focus on foreign aid must shift from “how much are we giving” to “does the aid we are giving work?”

For aid to work, it must promote independence that leads to physical and spiritual wholeness.Wholeness is not dependency, but rather, independence. To me that seems the most reasonable and Gospel-driven way to determine if aid is working.

The Gospel is filled with promises to restore broken people–both physically and spiritually. As “the church,” when we become involved in this work we are expressing Gospel values. Our intent is to restore to wholeness. That journey is longer and more difficult than poking a hole in the ground for fresh water, or delivering so many tons of food to hungry children. While those bring needed relief, it is temporary. True aid and development walks the difficult, perilous, and uphill path of providing the poor with not only relief–but partnering with them in their own development. Working together–and with us as the junior partner in the endeavor–we can reach independence and wholeness.

We cannot stop short of that goal if eliminating poverty is our goal. Development should involve transformation…a resurrection from the circumstances of poverty into thriving independence and wholeness. Is this not what Christ has done for us and calls us to do? 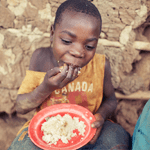 We aren't doing as much good as we think...
archives most recent
More from Beliefnet and our partners
previous posts