This just kills me. This means there are a lot more cases unreported. Please, please pray with us and send this to your friends to pray too. There's still so much work to do in Swaziland. This comes from our Country Director's blog – Jumbo and Kriek.

We have seen great progress in Ministry here in Swaziland, but when you read articles like this in the Observer this morning you know we still have ways to go to protect the children of Swaziland from all the predators roaming around. We are moving into the Marula season and alcohol abuse will be much higher the next 2 months.

Please join with us in a special prayer today for the protection and healing of the most precious in the eyes of our Father. Here is the article in the Swazi Observer of March 8, 2010

"ABOUT 80 children have been raped in Swaziland in the last two months, police have said. Statistics released by late last week indicate that from January to the end of February, at least 121 rape incidents were reported in the country, and more than two-thirds of these involved children.
Such alarming figures have fuelled the call for urgent passing of the Domestic Violence and Sexual Offences Bill into law.

Police Director of Domestic Violence, Child Protection and Sexual Offences Senior Superintendent Leckinah Magagula has raised an alarm, especially to women and children – who are major targets of abuse. Senior Superintendent Magagula encouraged parents to keep a ‘hawk-eye' on their children, particularly during the current marula season. The seasonal marula brew and alcohol abuse had been cited as the leading cause for most rape cases in the country. Magagula said a number of children were raped on the way home after school and some at their respective homes.

Police have warned that most children were raped by people well known to them. The statistics show that they are in danger from their siblings, parents, uncles, neighbors and helpers. The unprecedented increase in rape cases has fuelled police to call upon parliament to urgently pass the Domestic Violence and Sexual Offences Bill to Law. Senior Superintendent Magagula observed that the country was using outdated laws with light penalties against the perpetrators. She prayed that parliament would apply the same urgency it show when passing the Human Trafficking Law. The country is stuck with pre-colonial laws such as the Crimes Act of 1889 and the Girls and Women's Protection Act of 1920. In essence, such laws cripple the efficiency of the judicial system and do not effectively address the evolving trends of abuse. "It is high time perpetrators are given harsher sentences," she said.

The Sexual Offences and Domestic Violence Bill have been tabled in both Houses of Parliament and this legislation seeks to address some major gaps which appear in the current laws dealing with sexual offences and domestic violence. For instance, it has broadened the definition of rape to cover not only unlawful sexual intercourse with another but also unlawful sexual acts committed under certain circumstances, including any coercive manner, under false pretence or by fraudulent means, under duress, fear of violence or psychological oppression." 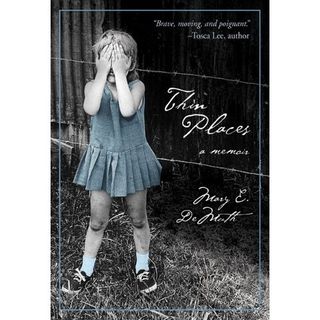 Thin Places: A Memoir
archives most recent
More from Beliefnet and our partners
previous posts