The Title and Cover of the New Book

After a long period of waiting, I can finally reveal the title of my next novel. Let me first say that we received almost 400 people who voted. Thanks you all so much! The clear winner was, "Broken." That title was submitted to the publisher and they accepted it as the winner.

A few days later we discovered that another book with the exact same title was being released. So the second place winner took the first position. Ladies and gentlemen, your winner is…PRICELESS! I must admit that title was not my favorite but when I saw the cover, I was convinced. Don Pape from David C. Cook called me and said this was one of the finest covers they've seen. I couldn't agree more. So I present PRICELESS to you. It's already available for pre-order , but will not release until June 2010.

This book takes place in Russia and the story is told through the eyes of an orphan named Marina who gets caught in the sex-trade industry. It is incredibly intense. There will be a book tour starting in the summer with our partner organization, I-Empathize. More to come as that date draws closer.

I'm off to Ethiopia on Sunday, November 29th and will be positing pictures and reports on this blog and Facebook. One of the highlights of the trip will be a remote orphanage located hours away that is extremely poor. The orphans are severely malnourished and in need of immediate help. We have 15 leaders going on this Vision Trip and all of them are excited about connecting their churches and communities with sponsorship.

HAPPY THANKSGIVING EVERYONE! 🙂 You are a blessing to me, the orphans we serve and Hopechest. 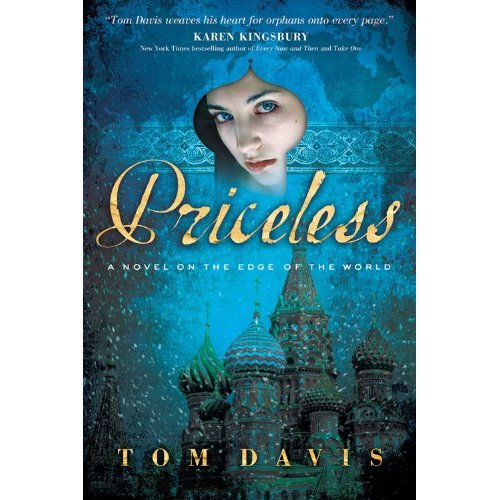